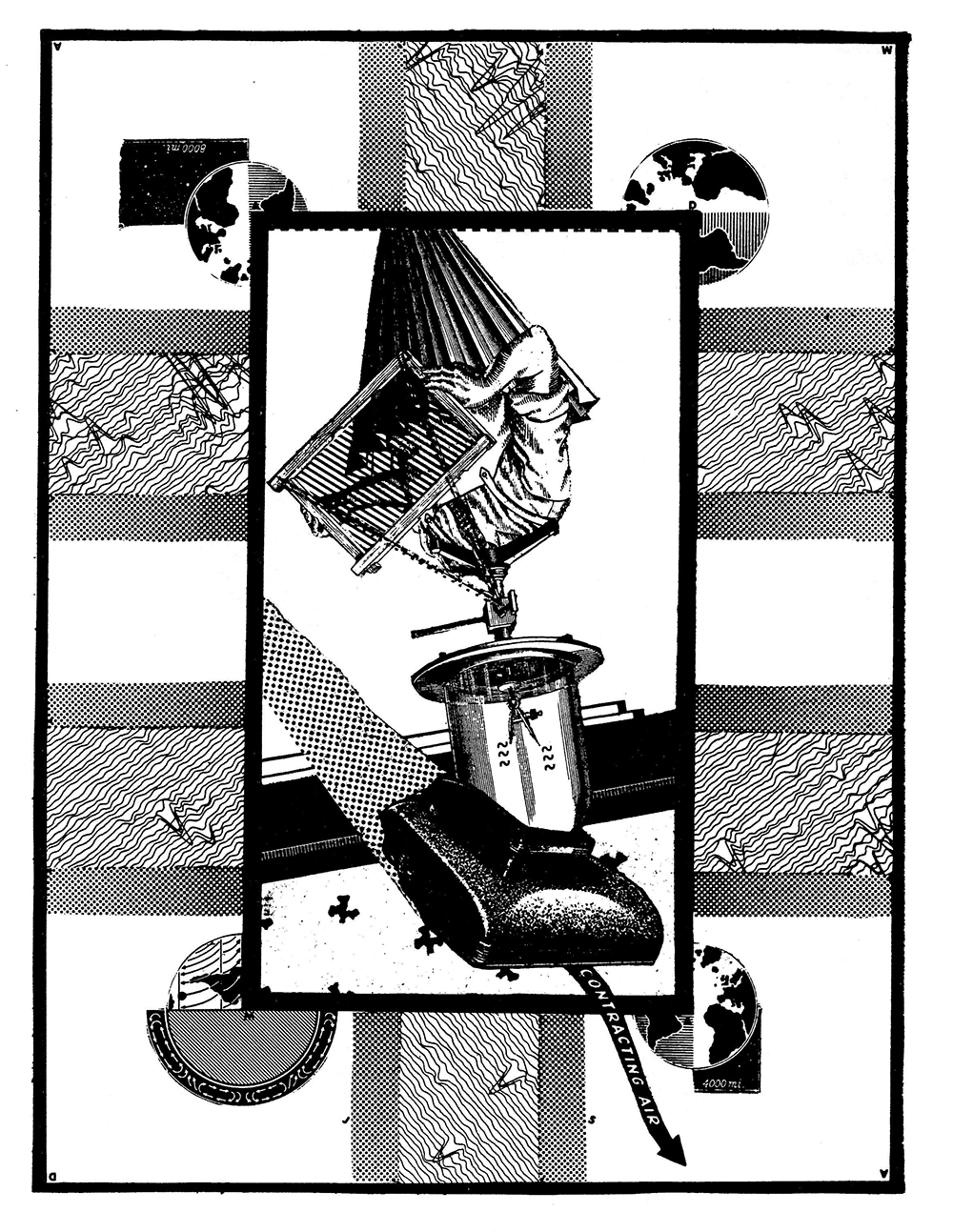 I don’t do much self-chronicling but, between 1980 and 1983, I was involved in an intellectual adventure that I’d like to believe left some enduring traces in the field of cultural studies: the launch of a scrappy, serious, militant publication entitled Tabloid: A Review of Mass Culture and Everyday Life.

Opposing both the acritical, celebratory tone of studies of mass cultural phenomena then emerging from within the field of American Studies (and, in particular, from the Popular Culture Association) and the “mass culture = mass manipulation” theories embraced by leading sectors on the left, Tabloid opened up a distinctive critical space dedicated instead to complexifying our understanding of cultural production under late capitalism. It paid nuanced attention to the bottom-up just as much as the top-down, excavating the frictions, fractures, and resistances that take place in-between. As the editors wrote in their 1980 manifesto/essay “On/Against Mass Culture Theories”: “the artifact of mass culture is not so smooth and seamless as manipulation theory would have us believe, like a sheer and polished rock face that allows for no scrambling; on the contrary, it is a rough, irregular surface, with fissures that enable one to find footholds.” And what a cast of editors with whom to locate such footholds! It included many who would go on to pioneer new areas of academic research: among them Mary Louise Pratt (NYU), Tania Modleski (USC), and Dana Polan (NYU Tisch) alongside Jon Spayde (the writer/performer and former editor of the UTNE Reader), Peter Gibian (McGill), Kathleen Newman (Iowa), and Anne Janowitz (Kings College).

I was a founding member of that editorial collective. A graduate student in Comparative Literature at the time, I also served more or less as Tabloid’s de facto art director (having been a visual artist during pre-PhD years and contributor to the lively San Francisco punk graphics scene which, at the time, included reviews like Search and Destroy [later V. Vale’s REsearch] and Damage and now legendary music venues like Valencia Tool and Die and the Mabuhay Gardens).

The driving force behind Tabloid and its founder/funder—apparently on the basis of speculative investments in racehorses—was the indomitable Jean Franco, the celebrated British-born Latin Americanist and then-holder of the Oliver Palmer Professorship in the Humanities at Stanford. Jean knew how to build collectives from her years of political activism and, for me at least (having grown up as a chilango), her early experiences inside the Mexican cinema industry added a further veneer of intrigue. Jean was sharp witted, unassuming, and intellectually generous as well as brilliant. I’m pleased to say that, at 98, Jean is still with us today.

The scene of Tabloid’s gestation and production was artisanal. As Jean wrote in the sole publication that has preserved the memory of this 1980 venture:

Before cyberspace and desktop publishing, a group of us at Stanford University would spend days and days and days putting each issue of the journal Tabloid together using a beat-up light table, a messy waxer, impossible Letraset titles, and X-Acto knives and Scotch tape for primitive “collage” graphics. We took turns typing articles into columns on an electric typewriter and then spent hours whiting out typos by hand before taking the copy to the printer. We printed about one thousand copies, lined up at the post office to mail them to our scant list of subscribers, and gave a lot of copies away. But during the five years of the publication […] a group of faculty and graduate students, most of them teaching and studying in literature departments, that got together regularly for brief discussions of editorial business and a great deal of lively talk—did a remarkably efficient job of digging into the motherlode of cultural issues: examining social fantasies, computer games, the use of radio talk shows to promote conservative propaganda, and the serendipitous new urban spaces of shopping malls or demolition sites. In common with other emerging groups, we felt ourselves to be engaged in a moral and political critique of late capitalism — though we did not feel the need to be solemn about it. (Jean Franco in Peter Gibian, ed., Mass Culture and Everyday Life, [New York: Routledge, 1997], 2)

The lack of solemnity is evident in the artwork. Much of it is mine, but some was thrown together collectively over a few beers out of the always overstuffed portable archive of print ephemera that I had been collecting over the years. In the gallery on display ABOVE, I have picked out some highlights from the pages of issues 1 through 4.

For a deeper dive, BELOW you will find the first three issues in the life of Tabloid—issues 1-2, 3, and 4—in the form of downloadable pdfs. Enjoy. Breathe some early 1980s air and feel free to circulate them.

The following are some highlights: 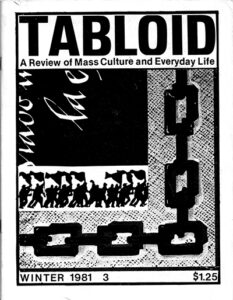 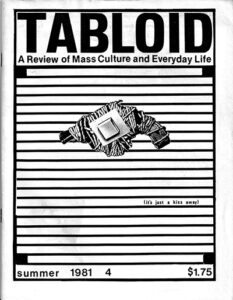 An addendum: only a week after I published this blog post, one of the figures it is built around, the noted Latin Americanist Jean Franco, passed away at the age of 98. Jean is remembered fondly and with admiration by the many that she touched.