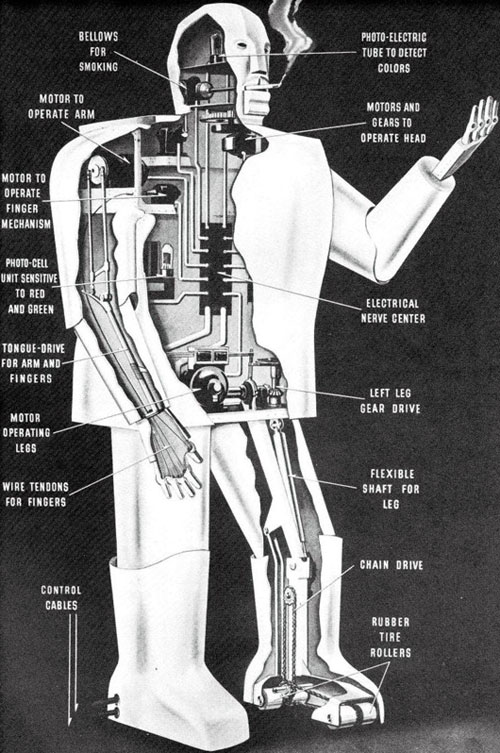 I recently had the honor of delivering one of the keynote addresses at the 2020 festivalfilosofia in Modena, Italy, one of Europe’s leading idea festivals. This year’s theme was the machine and the machine at the center of my talk was the robot understood in humanoid terms. Under the title of Let Robots Be Robots! I called instead for a non-anthropocentric ontology for robotic agents. The opening section of the talk ran as follows:

In the ample universe of machines, there is only one that routinely returns humanity’s own image in the mirror of history: only one that, whether crafted as a slave or toy, resurfaces to haunt humans as our equal, whether cast in the role of rival, replicant or replacement, and only one that infuses dreams of the superhuman. That machine is the ROBOT.

In this talk, I am going to argue that, however tenacious the hold on the collective imagination exercised by this particular construction of the robotic, traceable back to at least Descartes, the convergent ontology that conjoins the human to the robotic and the robotic to the human, stands in the way of innovation and insight in the field of robotics. It breeds bad robots, robots that fail. No less importantly, it breeds bad humans, humans that fail, standing in the way of a deepened understanding of the embededness of humans in the physical world, not to mention of the actual horizons, opportunities and challenges opened up by robotics for contemporary personhood and society.

The robot, I will argue, is not our double but rather a varied tangle of others that operate outside and alongside the human. These others need to be construed not as life forms, servants, or potential selves but rather as “social appliances” that extend and transform human agency and give rise to new social forms, norms, modes, and scales of interaction and intersection with the world, from the nano- to the giga-scale.