Towards the end of 2020, as the Covid-19 pandemic was first emerging on the international scene, my collaborator Paolo Petrocelli and I convened a group of thirty or so distinguished practitioners from across the world of the performing arts under the aegis of metaLAB (at) Harvard. The group included not just theorists, critics, and historians but also practicing artists, directors, and performing arts managers, as well as architects, designers, and technologists. It included representatives from all corners of the world, from China to the Middle East to Southern Africa, Europe to the Americas. (For a full listing of project participants you may consult the web pages listed below.)

At the very moment in which theaters and performing arts spaces throughout the world were beginning to be closed down, our scope was to brainstorm about the future of the performing arts. What might venues look like in 20 years? How might the (f)act of performance be modified by the ubiquity of connected computational devices? What new organizational forms could be contemplated? How might the touring economy be brought into line with the challenge posed by climate change? What has liveness become in a world filled with the screens?

From the outset we divided into four subgroups: management/strategy; cultural policy and development; technology and innovation in performance and production; architecture and design. But as ideas and themes bubbled up from each over the course of the following three months –we met online every month or so– a single brainstorming group emerged and sought to codify these insights and to single out both areas of opportunity and challenge. After another few months, ever increasingly shaped by my efforts to redact successive draft versions of a manifesto based upon the group’s work in response both to individual feedback and group discussion, a document was gradually hammered out: the futureStage manifesto.

Like all genuine manifestos, the futureStage manifesto is neither a philosophical treatise nor a scholarly paper. It’s provocative and playful, serious in its intent but not averse to the tongue in cheek. Internal tensions and contradictions are deliberately left exposed. There’s some legislating with a hammer at the expense of nuance; some spinning of speculative scenarios; a rhetoric of urgency that the group felt was essential given the risks that the performing arts world faces in the wake of the pandemic. The document has already appeared in Russian and Chinese, and is forthcoming in Spanish and Arabic. It is not an end in itself, but rather a stepping stone to a series of future events, conversations, experiments, and initiatives. 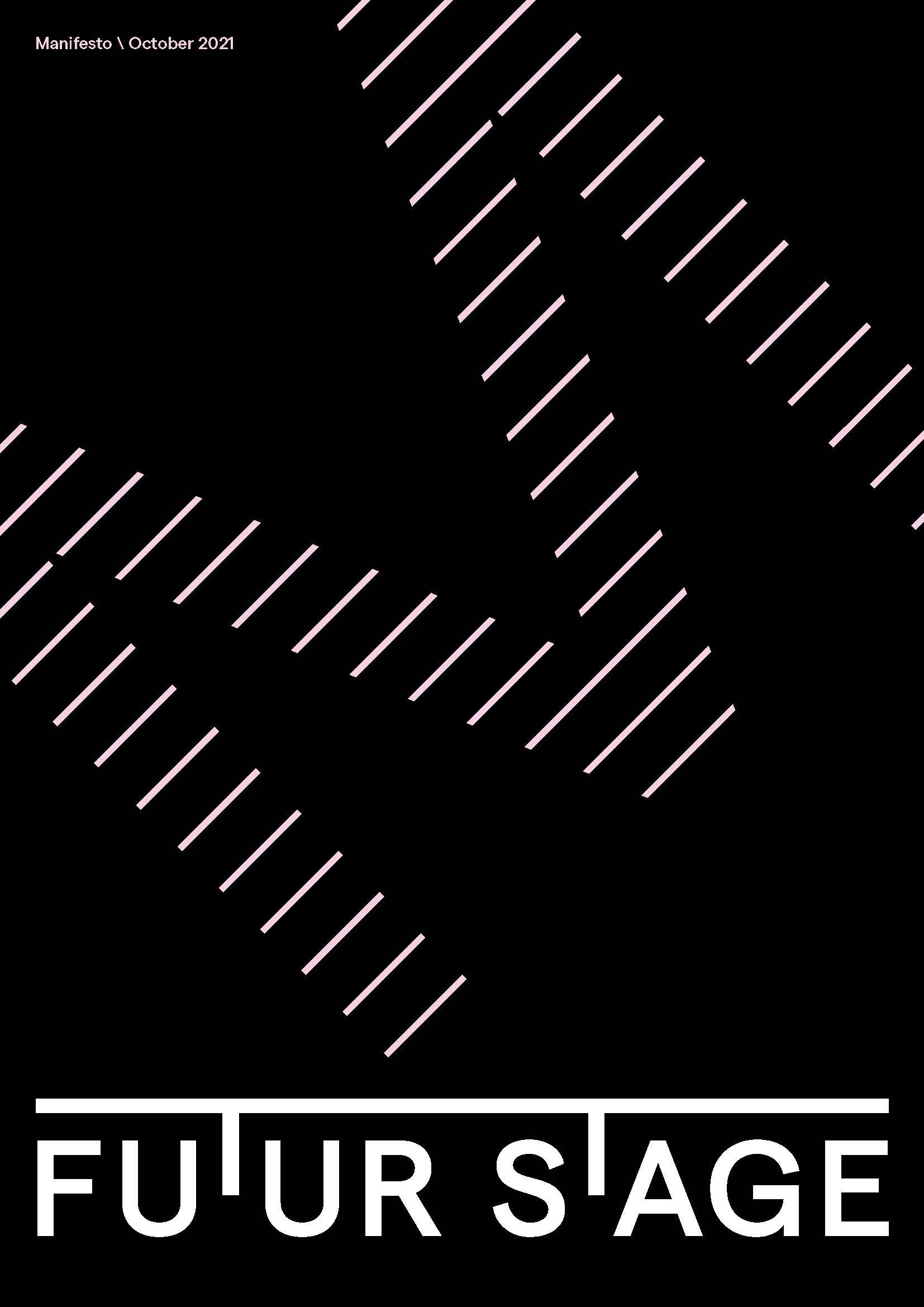 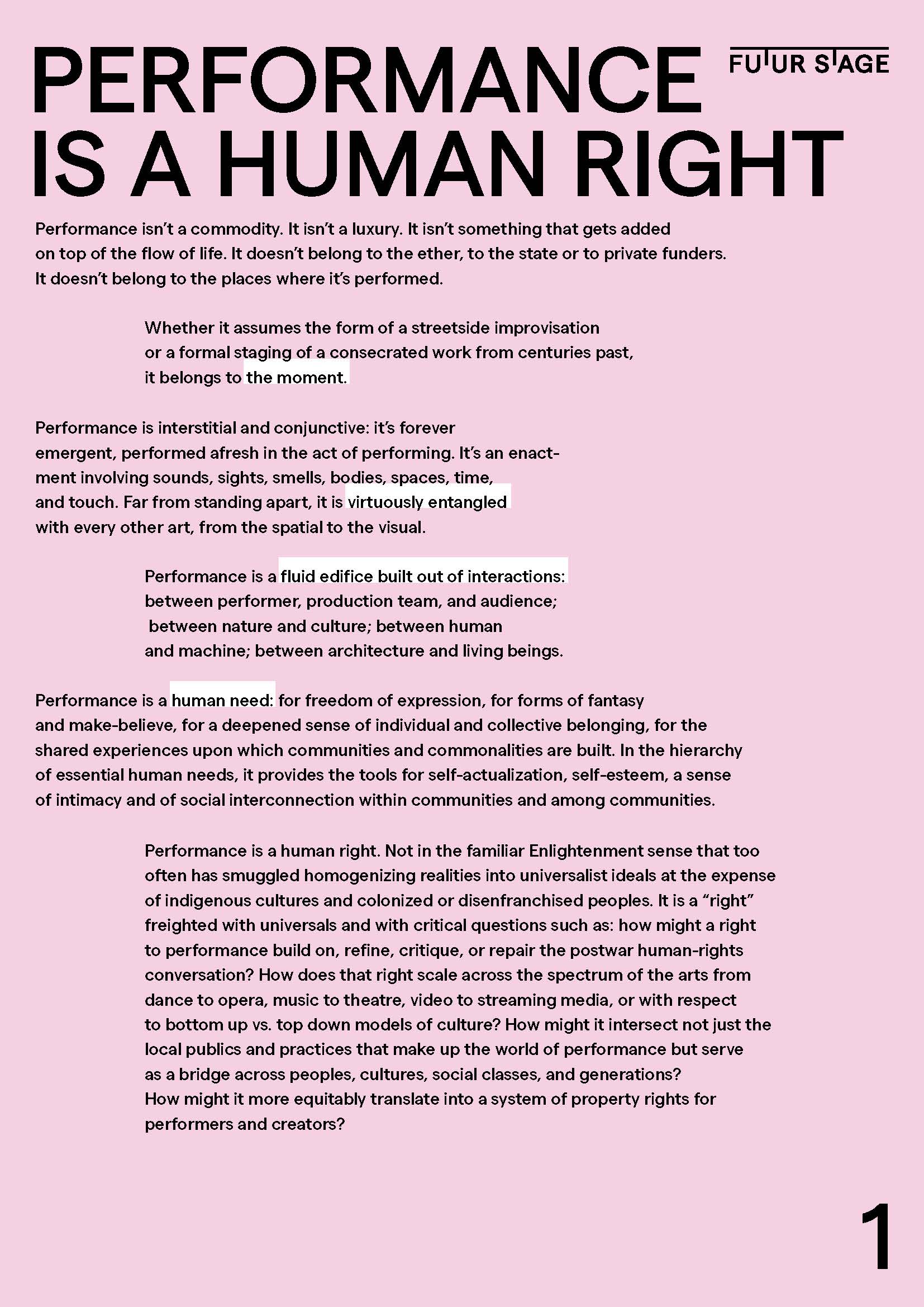 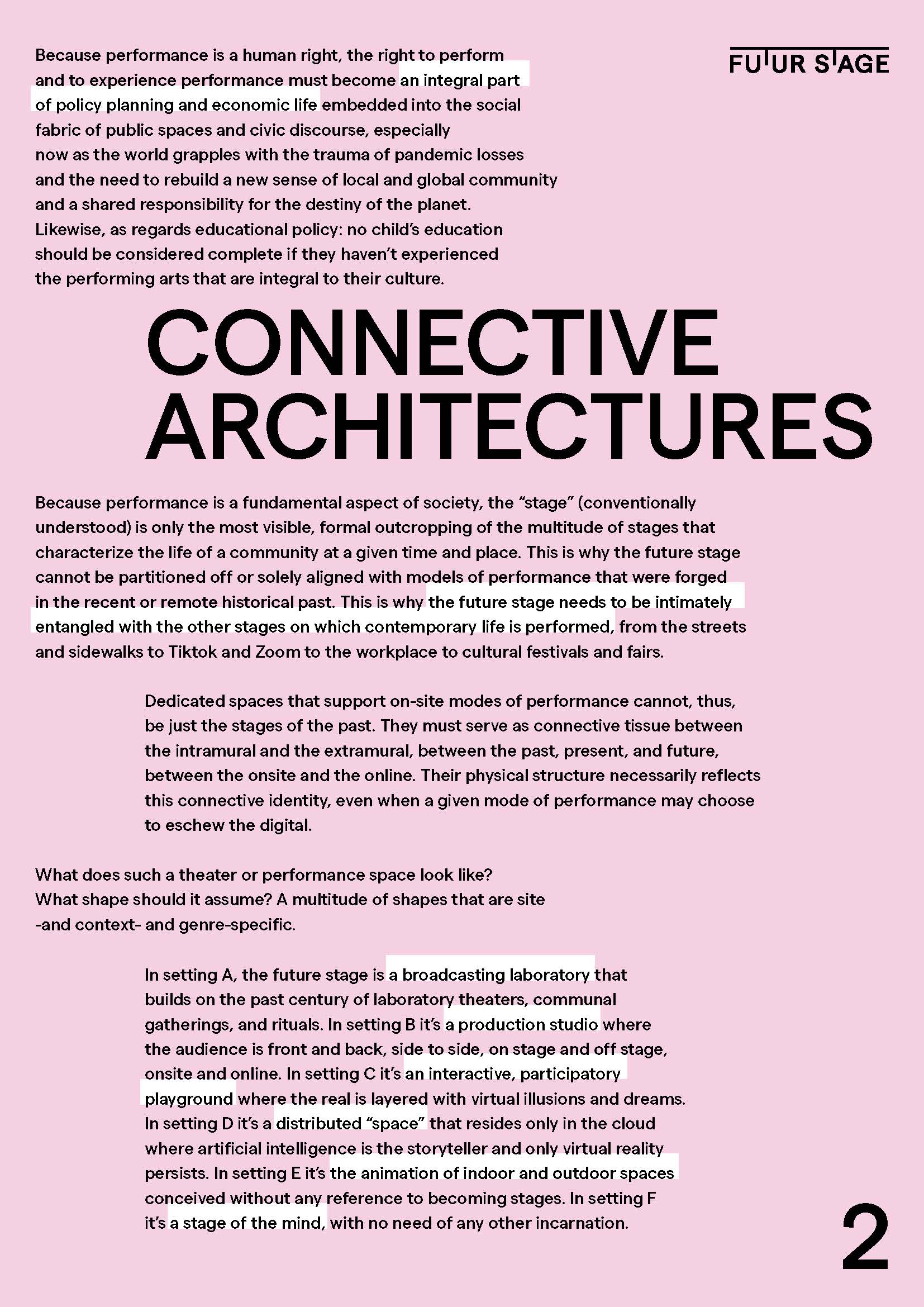 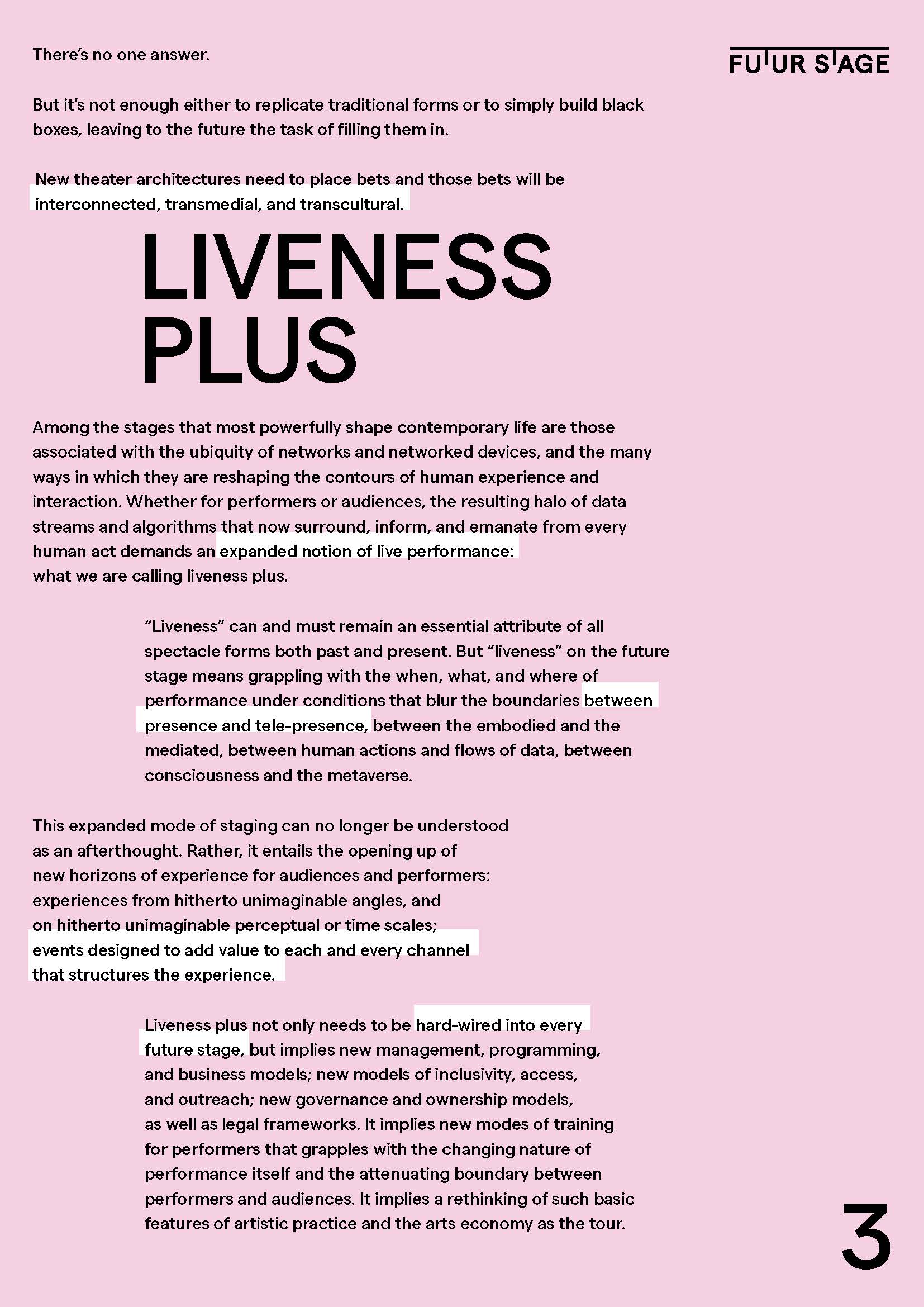 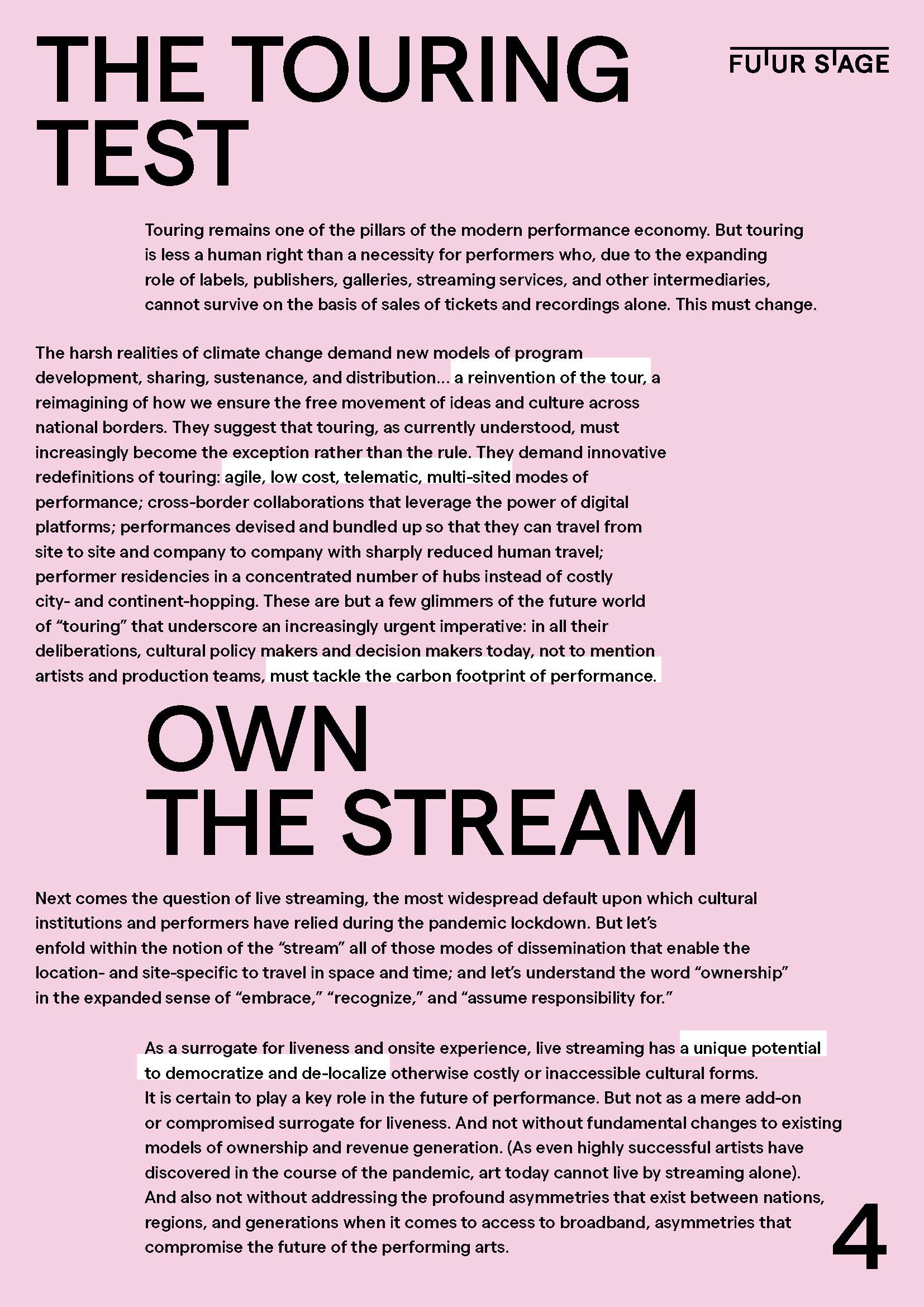 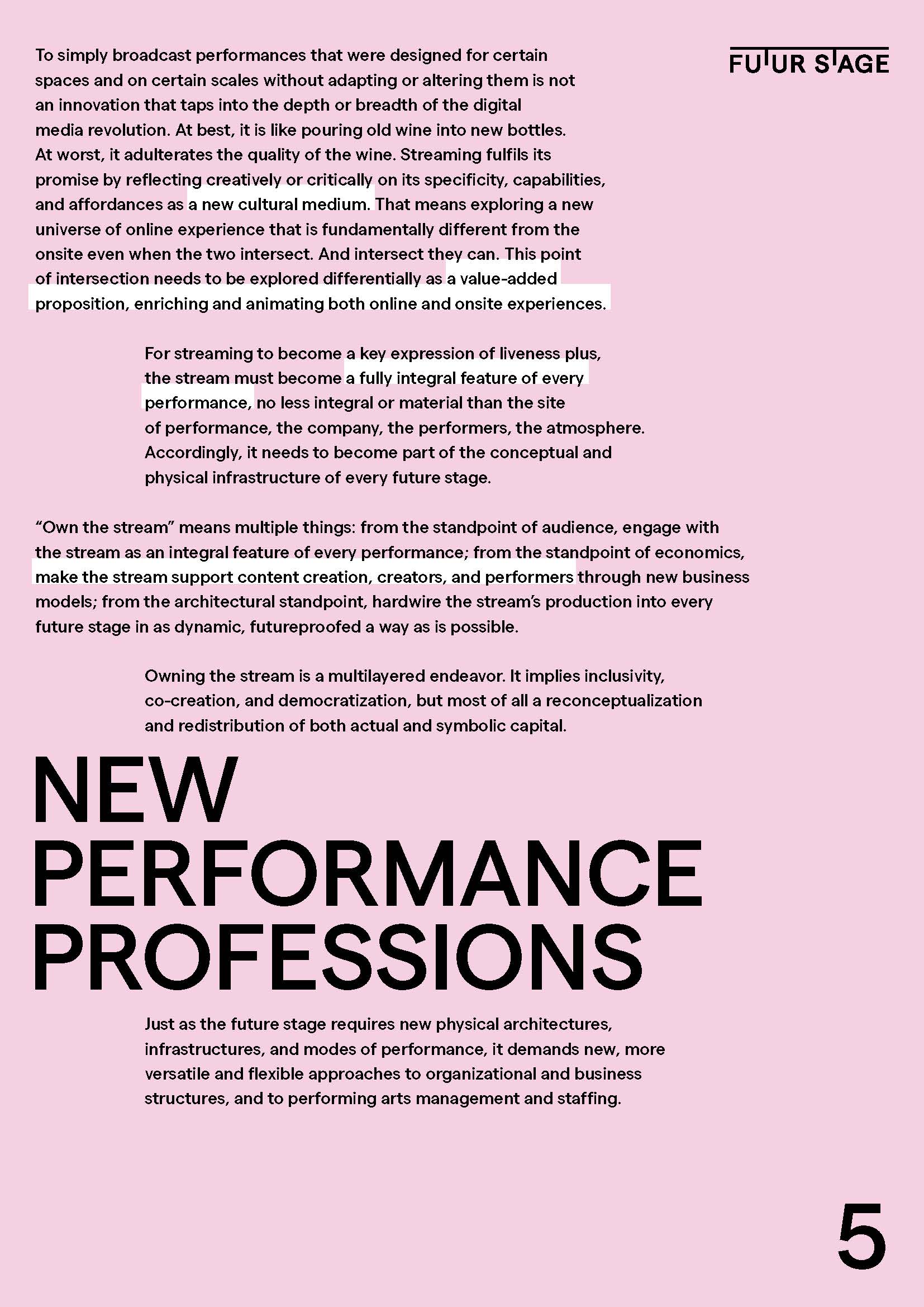 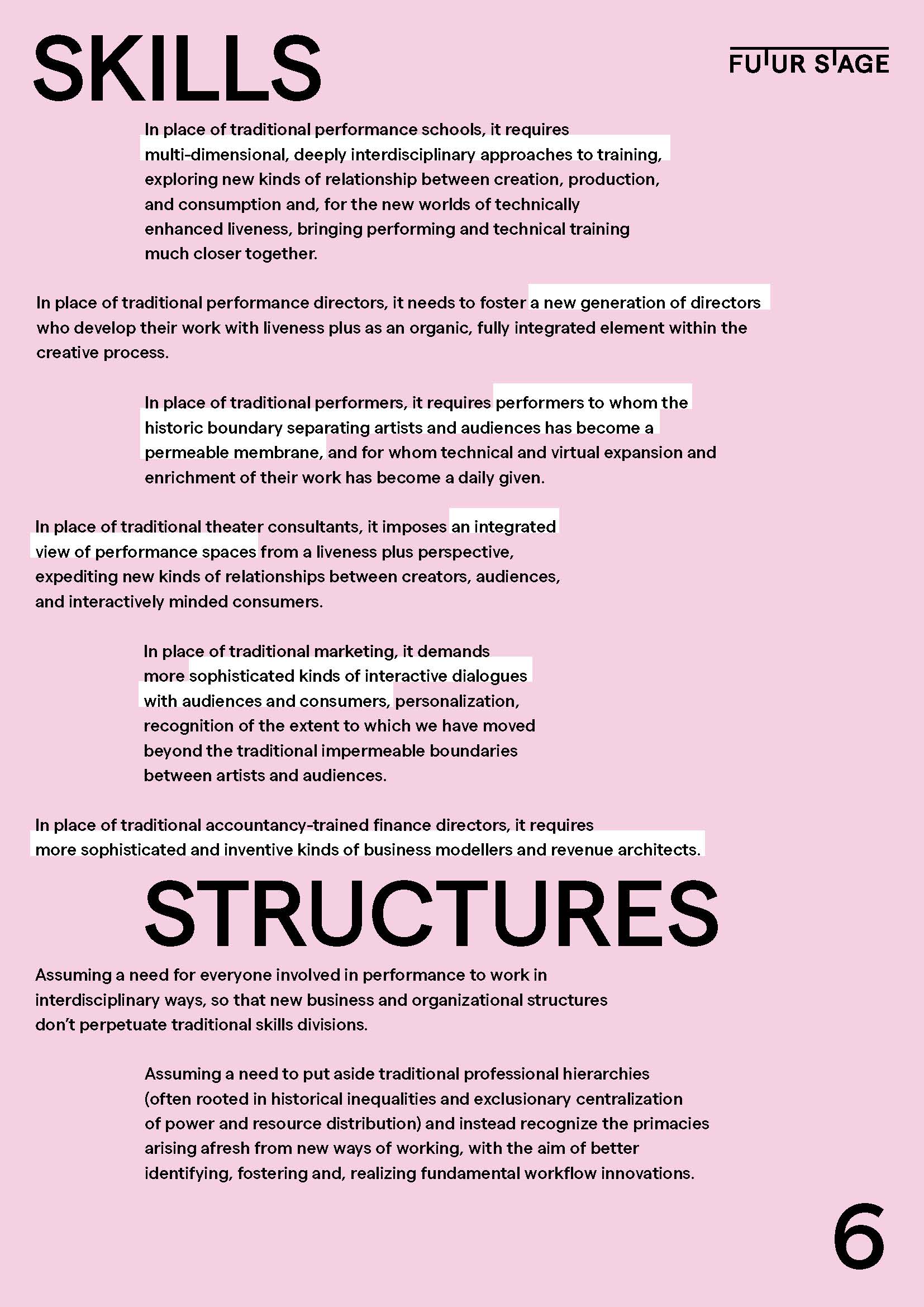 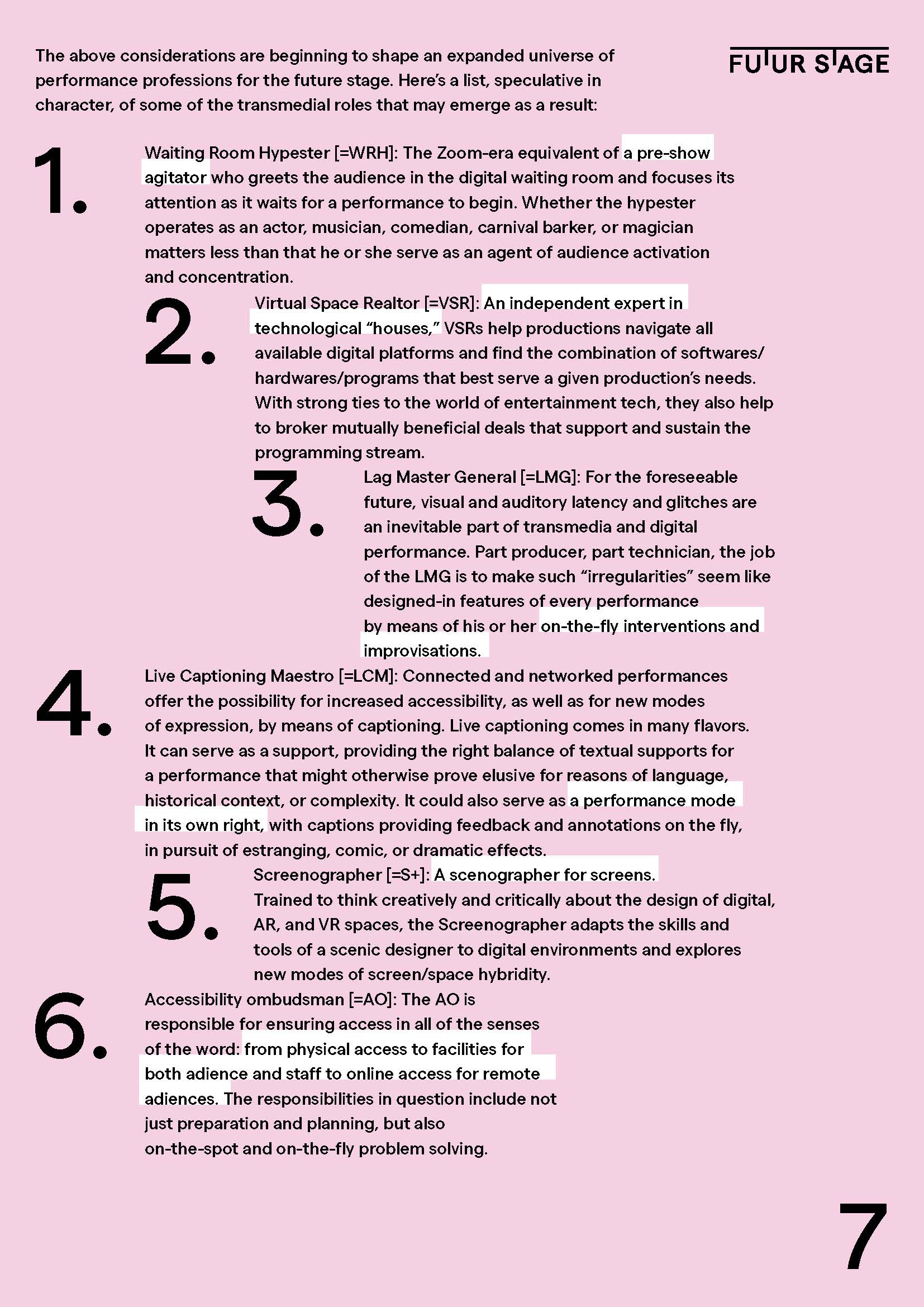 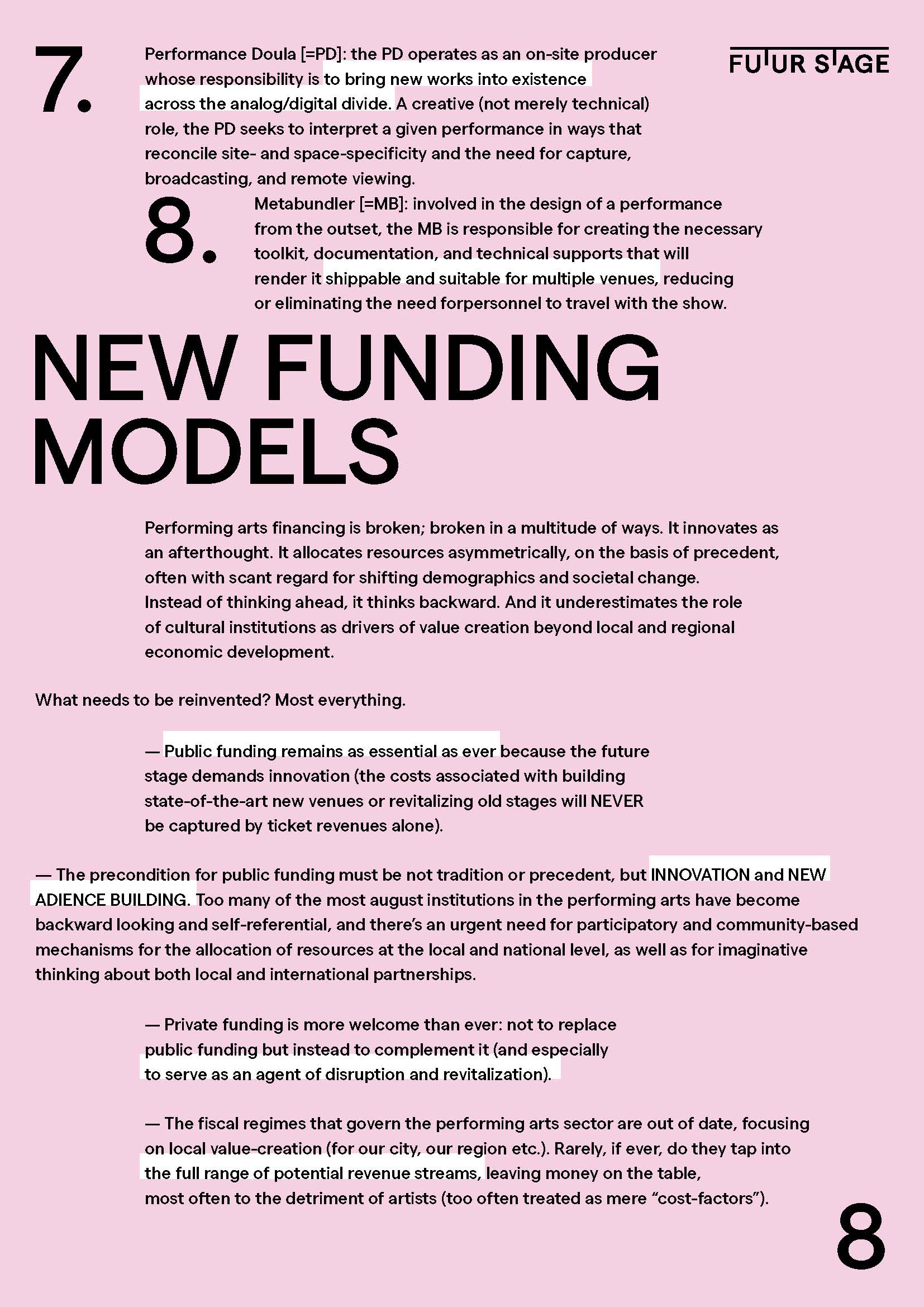 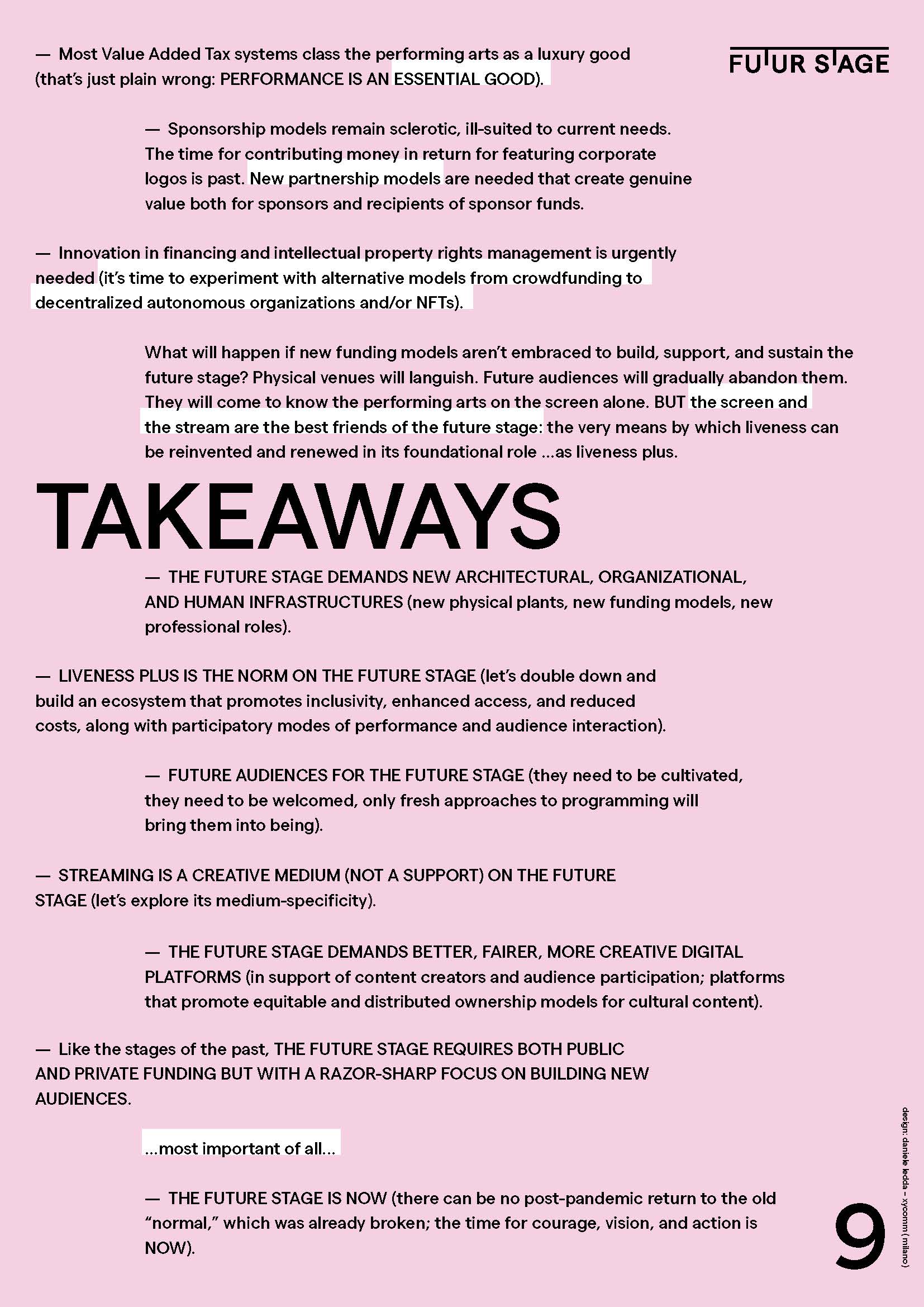