In their celebrated 1972 critique of modernist architecture, LEARNING FROM LAS VEGAS, Robert Venturi and Denise Scott Brown summoned architects, designers, planners, and policy makers to learn from what, at the time, seemed like the most improbable of urban models: the Las Vegas Strip. Of course, learning from Las Vegas meant more than simply scrutinizing the Strip or appreciating it as a work of Pop Art. It meant reappraising the top-down ideology of modern(ist) urban planning, grappling with the ephemeral nature of the built environment, and reinstating the importance of semiotics and symbolism alongside form. 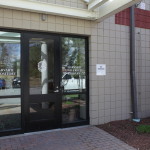 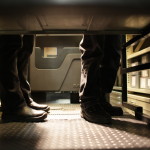 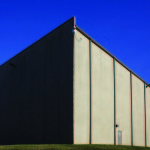 This precedent entered my mind in the course of the February premiere of metaLAB’s documentary film (and web doc) COLD STORAGE: an institutional portrait of the Harvard Book Depository that dialogues with Alain Resnais’s playful 1956 portrait of the Bibliothèque Nationale de France, TOUTE LA MÉMOIRE DU MONDE, an archival copy of which was shown right before the first public projection of COLD STORAGE. Perhaps this was because of the setting–an overfilled Piper Auditorium, in the heart of Harvard’s Graduate School of Design. Perhaps it was conditioned by the lively round-table discussion that followed the projection of the two documentaries–a discussion in which the question of library architecture was paramount.

Resnais’s film is of two minds: one overt and the other covert. On the one hand, it celebrates the National Library of France as a sort of universal memory machine and container (much as the institution surely intended); on the other, it hints at the porousness of the container and a certain restlessness as regards the contained. Yes, there are marble lined halls, neoclassical sculptures, the sublime spectacle of the Salle Richelieu, the BNF’s reading room, buzzing with those “book-devouring insects” known as readers: all speak the language of long-term duration, preservation, and memory. But there is also a counter-thread within the film that characterizes the BNF as a fortress to protect humanity against the overflow of books (or, at least, certain books). The BNF is a place where works are imprisoned (perhaps at the expense of their connections to the streets?): works like the comic strips Dick Tracy, Mandrake the Magician, and Terry and the Pirates, which appear at BNF processing stations alongside weighty scholarly tomes and precious manuscripts; books like the imaginary Mars from Chris Marker’s Petite Planète series of travel guidebooks–Marker was on Resnais’s production team–with its chapters on observing Martian sunsets and celebrating Lent on the red planet. All of this to say that TOUTE LA MÉMOIRE DU MONDE is a library film with an edge that pokes holes in the dream of a universal safety vault for the permanent storage of all the world’s information even as it celebrates the grandeur of that very vault. 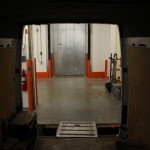 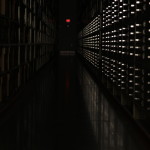 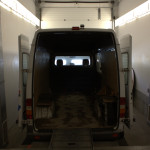 By contrast with the BNF, the Harvard Depository (HD) offers little in the way of grandeur, monumentality, promises of entry into a universal memory machine (not to mention membership in an exclusive club). As my colleague Eric Howeler aptly put it, HD offers little in the way of architecture. It consists in a set of cinder block modules, the mere shell of a big box store, that can be added to any time as the human record dilates. Though the building envelope is inaccessible to the community of readers that it serves, its books lie a mere email and delivery-van-ride away from their devouring hands (and it serves up not just physical but also digital packets). A literal database architecture where ten million physical artifacts are tightly packed on the basis of size and made accessible by means of a network that links an array of off-site delivery stations to an onsite storage and retrieval system in which human agents are mere cogs in the mind of the machine, it teaches a lesson in extreme modesty. The building container will have a life of 75 years, maybe even one hundred; but, thanks to a rigorous climate control system, the contained will endure for multiple centuries.

So HD can’t possibly hope to answer any of the properly architectural questions regarding what a library could or should be in the 21st century–a few plausible answers can be found on the pages of The Library Beyond the Book. But there’s a modesty to book depositories that aligns well with 20th century critiques–from Charles Soule to Charles Rufus Morey to the modern movement in architecture–of the monumentalism of traditional libraries, particularly as the pursuit of grand architectural effects is associated with a lack of concern for functionality or the actual needs of library patrons.

And there’s a deeper lesson of humility embedded within HD’s ephemeral cinder blocks. Architecture, however modest or grand, is subject to precisely the same cycles of decay and renewal, remembrance and forgetfullness, that collections of documents must confront. Yet the language that library buildings have typically spoken has been one of transcending time through recourse to classicism, monumentalism and/or ideal geometries. To imagine instead a library architecture that foregrounds access and agility, that emphasizes service to the present reconciled with preservation of the past, that facilitates the constant (and constantly varying) activition and animation of knowledge resources rather than mere accumulation and storage, and that embraces an ethos of provisionality even when confronting the overwhelming mass of records that have survived down the present (as Elias Canetti notes in Crowds and Power, the biggest multitude of all is that formed by the dead)… all are enlivening challenges for the design of knowledge and learning spaces enmeshed in the historical present.

COLD STORAGE ends with an image of an exit door accompanied by the following voice-over: “Our collective ark, filled with petabyte upon petabyte of memories, sets sail on the sea of time: humankind’s noblest endeavor… oblivion is the destination.” I take the terminus as a given. But perhaps we can get there in some new and novel ways that enrich the life of the mind, enhance the roles performed both by venerable and relatively new media and knowledge forms, and continue the march towards the democratization of access to information resources that is one of the enduring conquests of the 19th and 20th century public library movement.