Every now and then metaLAB holds a public event to showcase some work in progress, hack a device or two, resuscitate a multimedia piece or two from the vaults, and to start up some fresh conversations. In the past, such openLAB events have featured social games that make creative use of thermal receipt printers, Kinect-based gestural systems for remixing tracks on vintage vinyl recordings, an Arduino-armed book as an interface for navigating libraries. What’s an openLAB? It’s a combination between a project fair, a hackathon, and a party. We hold such an event on Wednesday, April 23, 2014, from 6-8:30 pm at Arts @ 29 Garden Street (located at the corner of Garden and Chauncy Streets, approximately 15-minutes by foot from Harvard Square). It included:

There was a really good turnout of friends from Harvard, MIT, and surroundings. Here’s a brief video clip documenting the evening’s highlights:

Here’s the poster from the event: 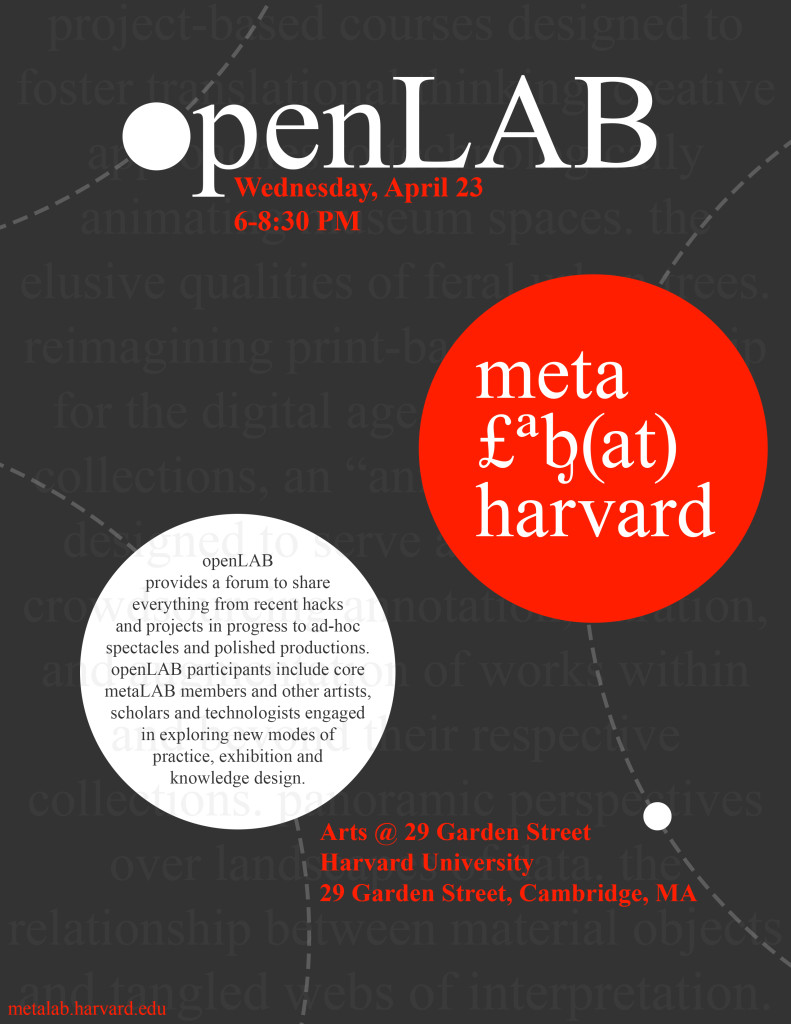