In order to test the beta release of the new simplified Zeega editor, I thought it might be interesting to attempt a remix of Stéphane Mallarmé’s 1897 experiment Un Coup de dés. Mallarmé’s pioneering poem waited a decade and half before achieving publication. Despite its author’s meticulous attention to page layout, his expressive balancing of “empty” spaces with “full” word strings, and the delicate drift of a syntax no less suggestive than elusive, the work never quite rose to the absolute standard that Mallarmé set for himself. It failed to become that ideal Book qua spiritual instrument that the Symbolist master had dreamed of and theorized.

Generations of subsequent readers did not share this critical view, from Futurists like Marinetti, who freely appropriated Mallarmé’s revolution in poetic language (all the while denouncing his cult of le mot juste) to various currents of theoretical inquiry extending from the Tel Quel group in the 1960s through American post-structuralism, which celebrated Un Coup de dés as one of the seminal modern explorations of the boundaries of language.

MALLARMOVIE is an edition of Un Coup de dés. It assumesthe form of a multimedia animation built atop the standard print edition of the text. Fragments from the text have been reworked as gifs. There is no video: only gif-based animations. They have been layered with fragments from other editions, including Mallarmé’s own hand-corrected proofs, flickering or hovering like phantoms. The piece reads as a sequence of pages performed by means of swipes. Which is to say that it reads as a kind of “book,” but a book in which the very action of paging/playing/scrolling/rolling/spinning/turning creates a labile sense of the page as a unit. Dancing about amidst the dense textual layers are found gifs and stills culled from across the internet: of sanders spewing sheets of paper, of cosmological wheels, wind patterns, games (both digital and analog), satellite weather patterns, warning lights, and mandala-like loading icons. The pages load with a bit of looseness, the result of network and bandwidth latencies that, I suspect, would have intrigued Mallarmé. The drone-like score is an experiment by my former collaborator from the Stanford Humanities Lab, Aaron Russell; it’s entitled White Prickly Poppy.

MALLARMOVIE = a roll of the dice for the post-post-structuralist era.

MALLARMOVIE was shown at the San Francisco Museum of Modern Art on May 30 and June 1, 2013, alongsidea number of other Zeegas that exemplify the expressive potential of this new medium. 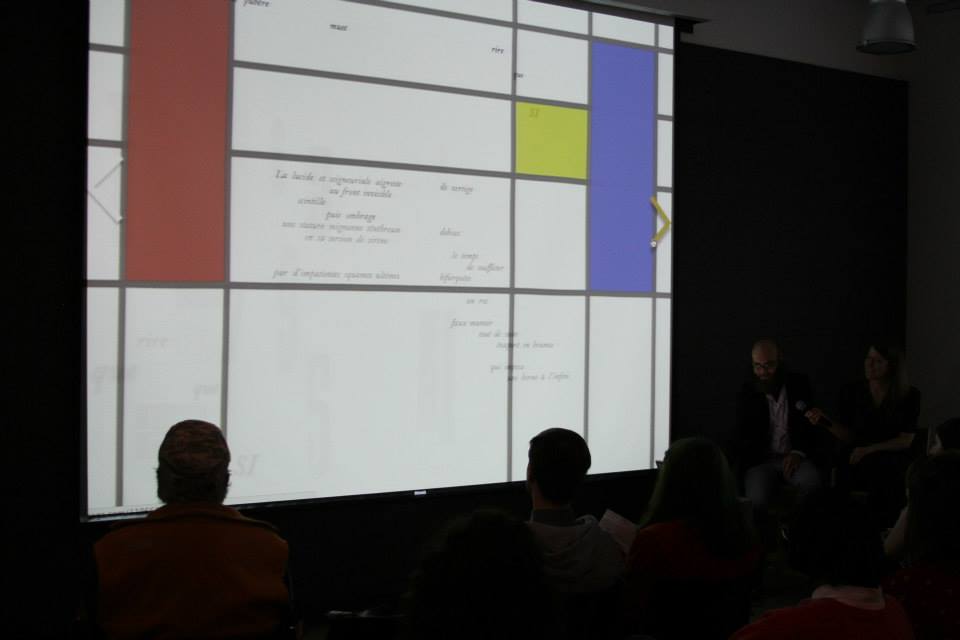 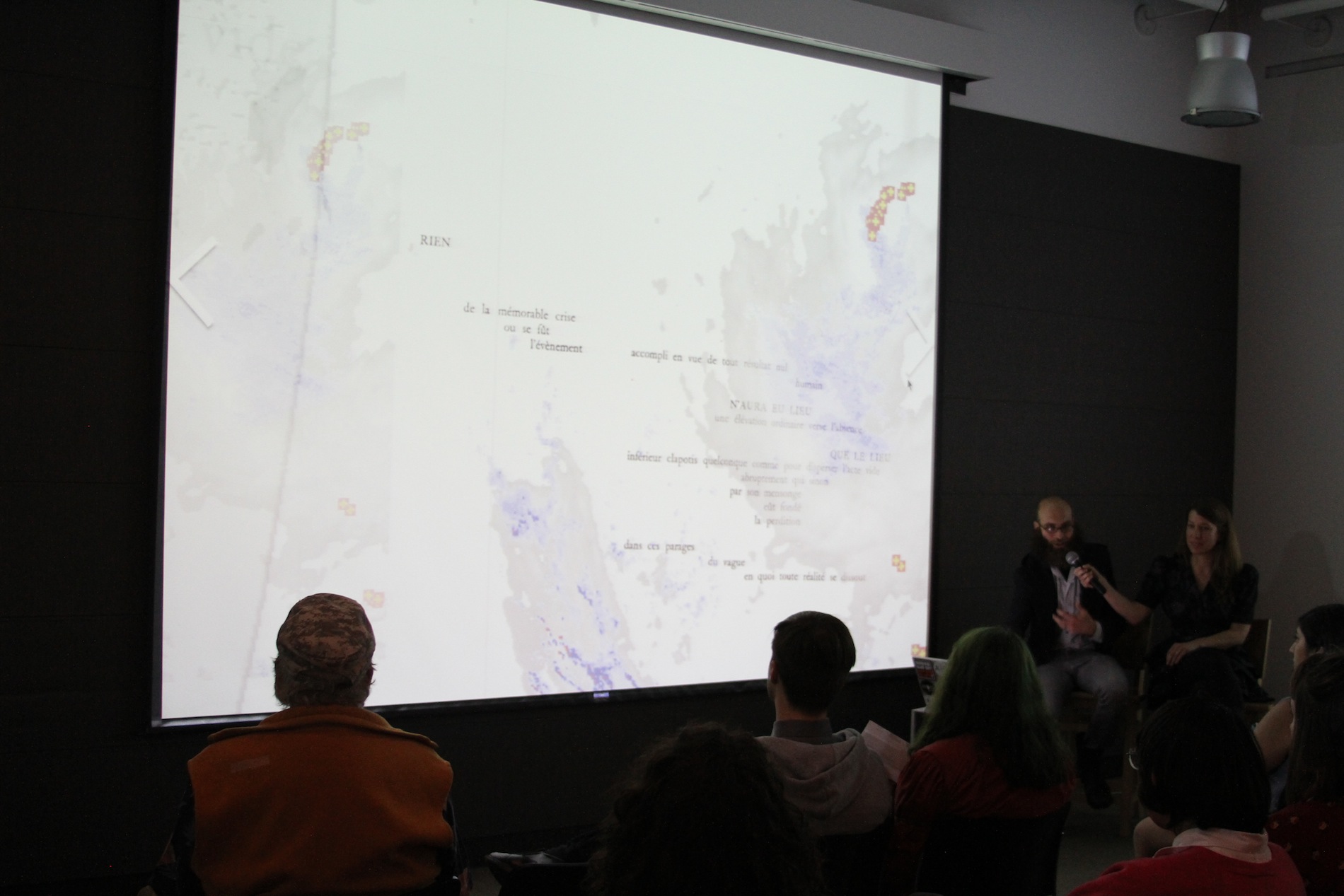