Among the more mysterious projects undertaken by the Italian artist, designer and educator Bruno Munari during the years of World War II, is a volume entitled ABC Dadá, carried out in 1944. By this time Dadaism had already entered the annals of history, with nearly 30 years of activity to its credit. Other avant-gardes had come and gone, with Surrealism the dominant force on the international scene.

Yet amidst a number of fully executed design projects involving books for children, Munari cobbled together a one-off abecedarium for adults made up of twenty-one page layouts each composed of a precut, embroidered golden letter, a label with a typewritten alliterative ditty, an etched figure (most are cropped from 19th century sources), and a cluster of found objects. All are illustrative of the letter being animated. He eventually judged it not a “book,” but an “artwork.”

The lone copy produced of ABC Dadá will be on exhibit at the Estorick Collection of Modern Italian Art in London this fall as part of an exhibition entitled Bruno Munari: My Futurist Past.

I’ve been thinking about the history avant-gardist abecedaria in the process of contributing an essay to the catalogue for the Estorick show entitled The Visible Hand. As you can see for yourself in the draft excerpts illustrated below, I’ve been experimenting with speaking the same language as my objects of analysis. 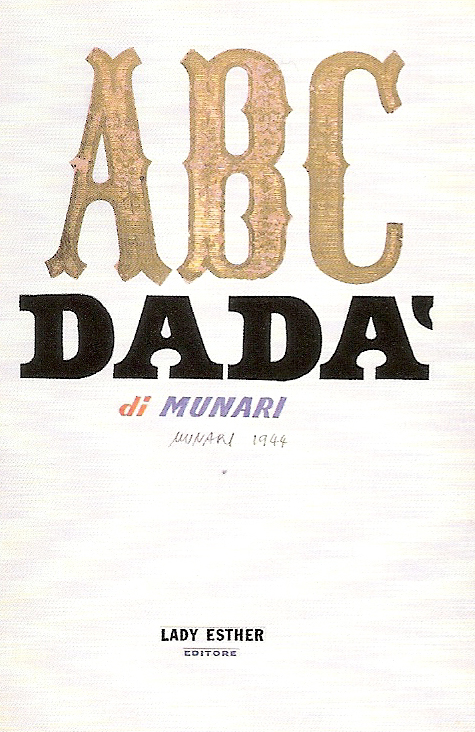 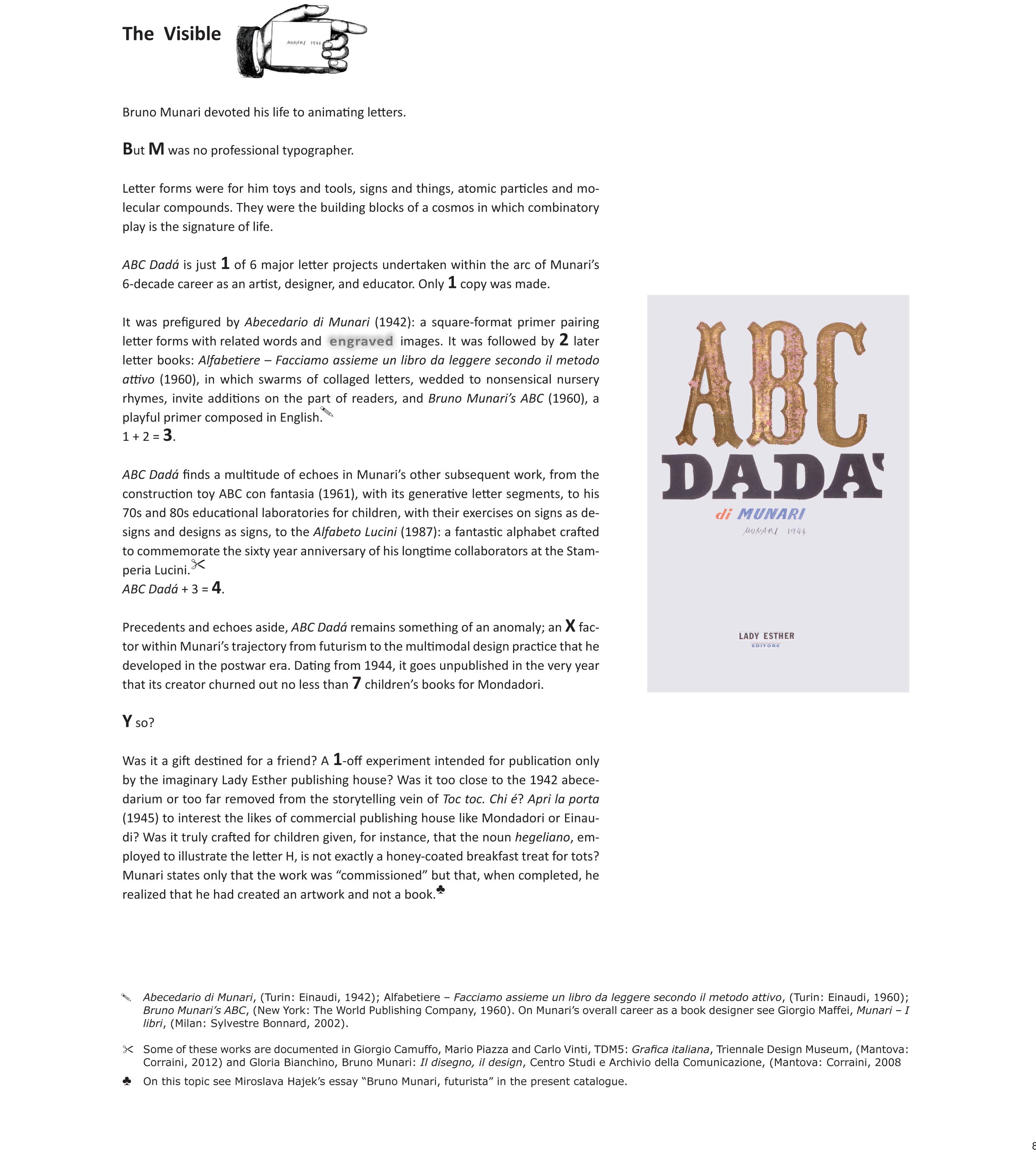 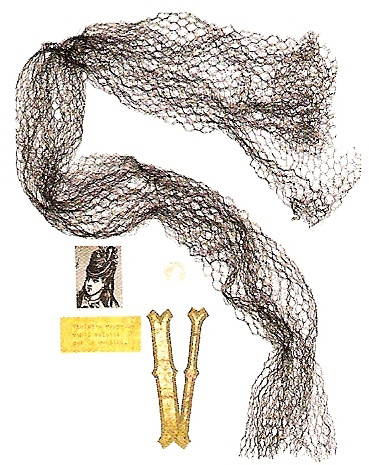 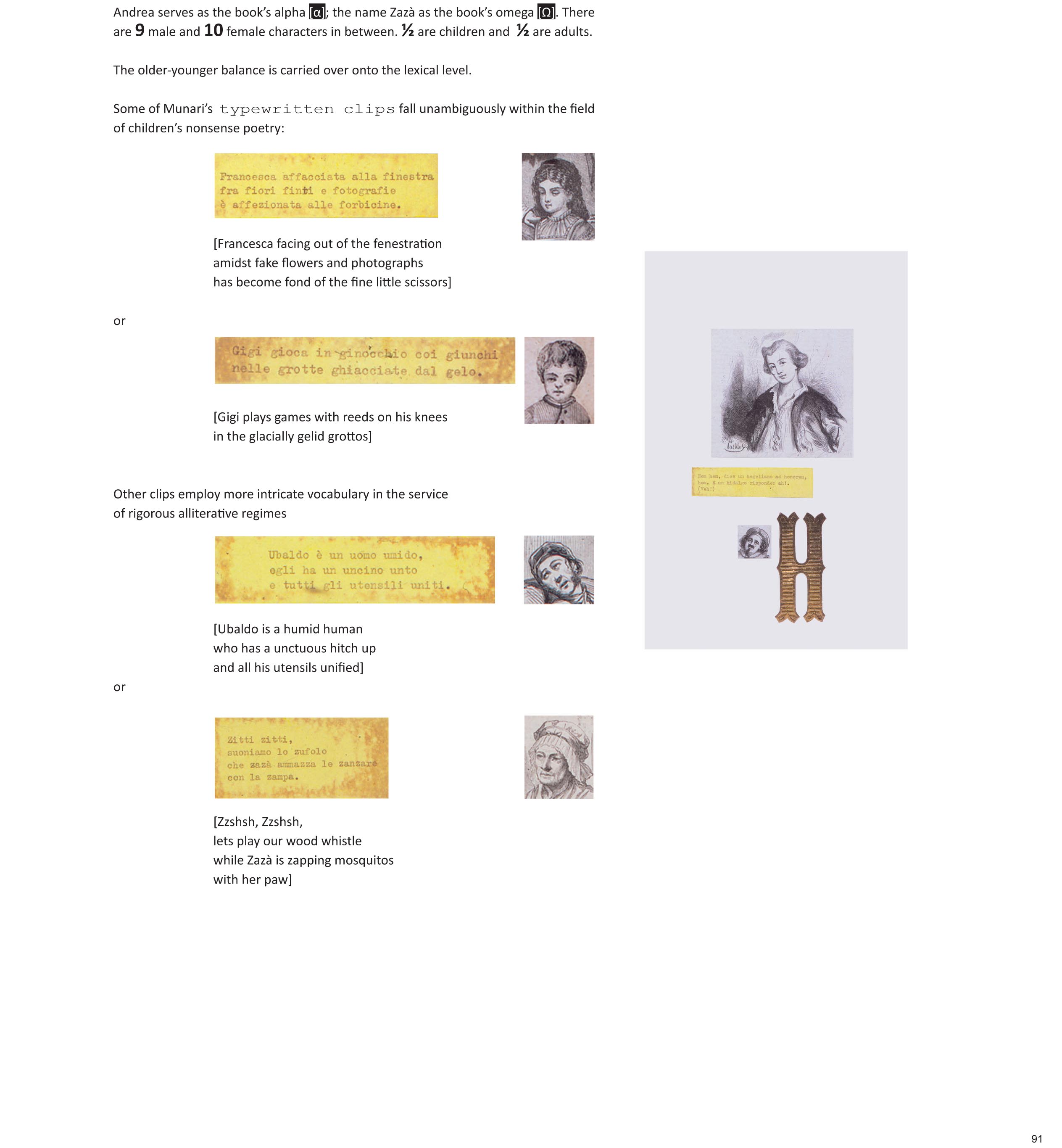