The same team that brought you the Panorama of the Cold War project in Gjiri i Panormes, Albania, has submitted a contribution to the Ito/ Yamamoto/ Naito/ Kuma/ Sejima Picturing “Home for All” project in support of refugees from the March 11 earthquake-tsunami in Northern Japan. Entitled 4-fold, the proposal hinges upon the dialogue between a sensory survival kit and a simple system of informal partitions, a kind of alphabet made from the remains of a dismantled house. Project materials are on exhibit at the Toyo Ito Museum of Architecture, Imbari, in Omishima from July 2011 though June 2012 and at the Sendai Mediatheque during July and August 2011.

The following is an extract from the project description:

The sensory survival kit is neither a “survivor ration” nor an “art kit.” Rather, it is a care package for the soul that is usable but not practical. It is made up of minimal, modest materials that evoke the tactile sensorium of domestic handicrafts: paper (gridded colored paper and paper strips); tools (pencils, pens, markers, scissors, a drafting knife); accessories (paper and photo clips, wire, needles, pins, tape). It can be employed to create as well as to curate and exhibit the portable memories refugees have

brought with them either within the confines of individual gridded cubicles or instead within the more fluid confines of the minna-no-lé, with its archipelago of private/public “rooms.” Most of all, the kit is designed to create an occasion for individual and group making in a world that has been unmade by circumstance and in which individuals have been robbed of their sense of agency.

The proposed constructional system must be understood as the architectural extension and expression of the kit. It creates an inexpensive, informal, moveable system of informal rooms that, like the zigzagging screens found in traditional Japanese interiors, works against rectangular structure of typical relief shelters. Hinged walls made out of a simple wood chassis, assembled like interlocking tatami mats, are angled to form open-air enclosures with variable openings. The walls or apertures can be left exposed or filled in by visitors with folded paper sheets suspended from strings or clips. These too are spaces of making: of modest everyday efforts to rebuild ties that have been lost.

Here are some slides from the project presentation: 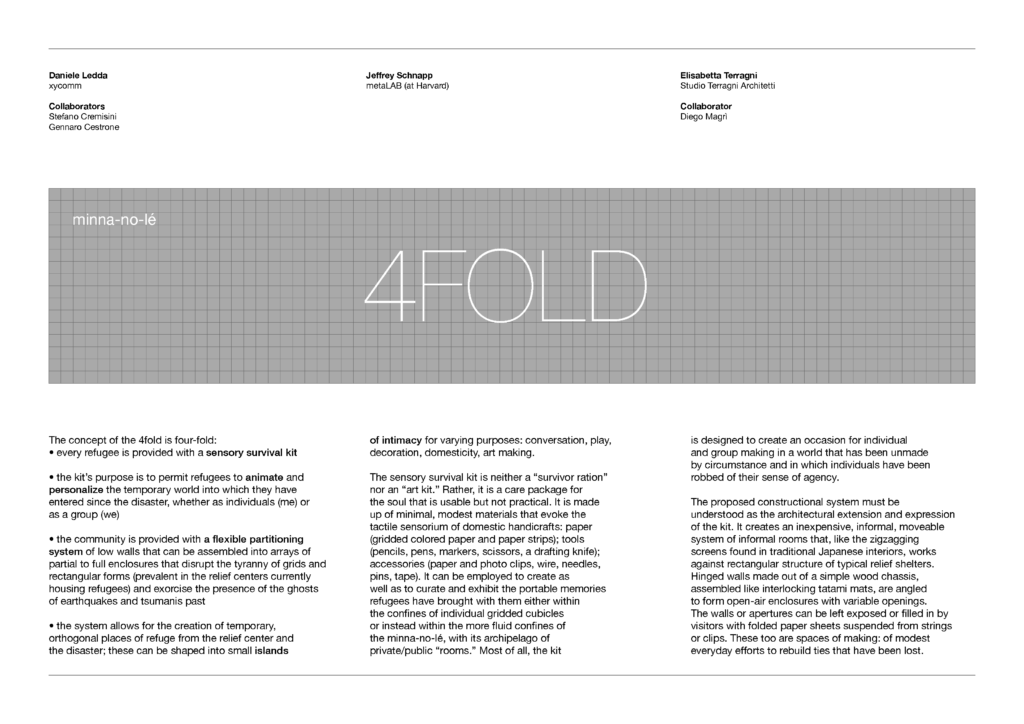 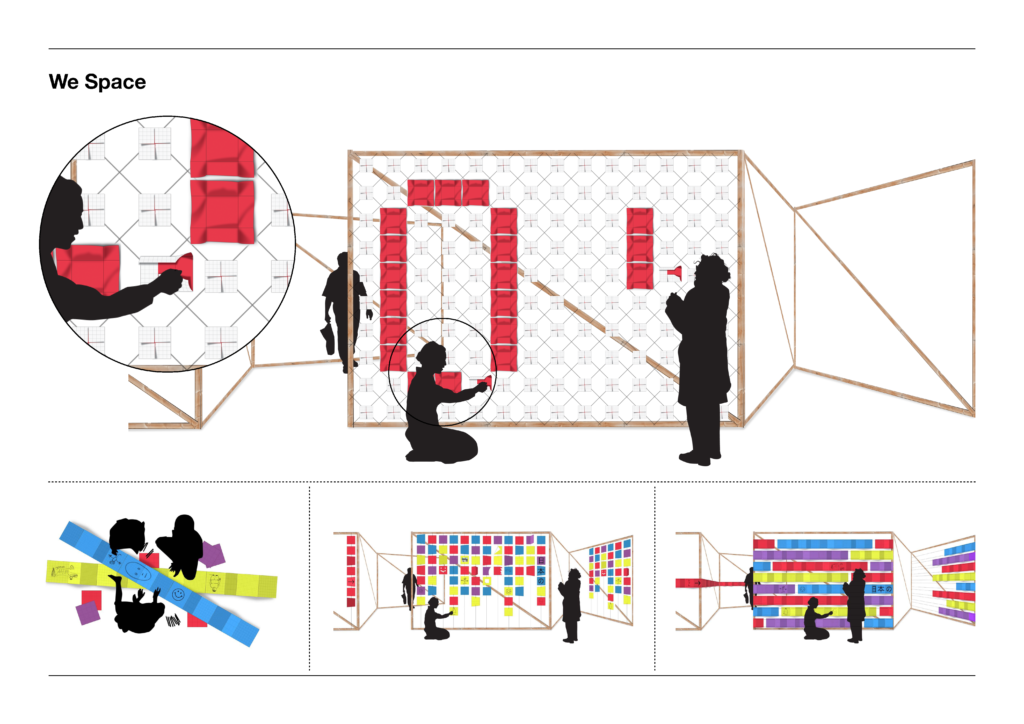 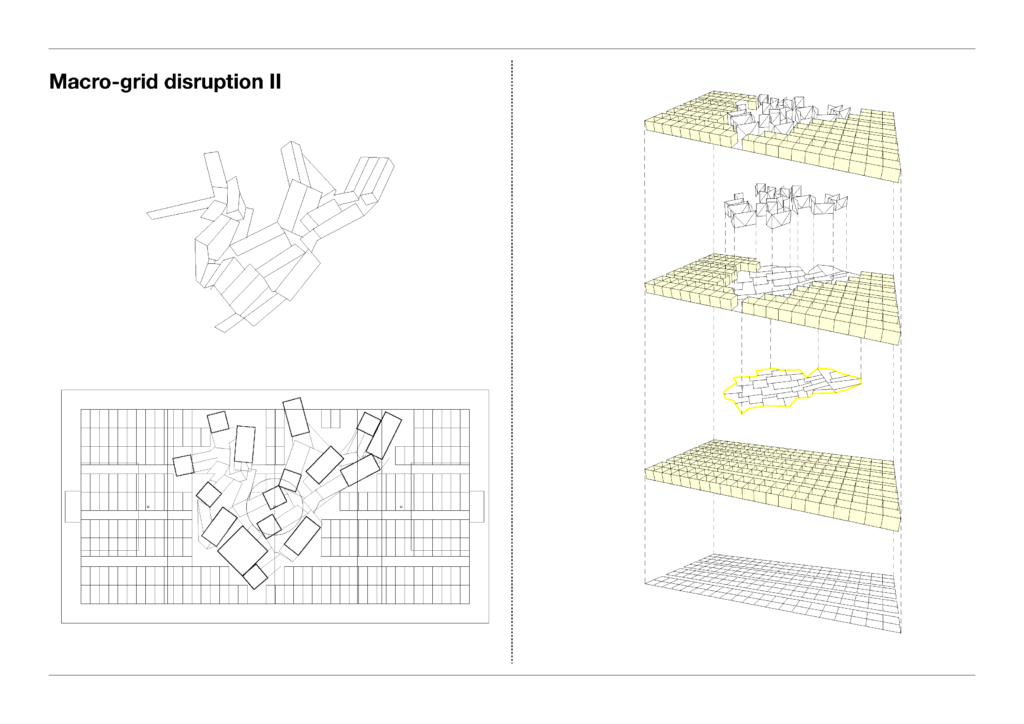 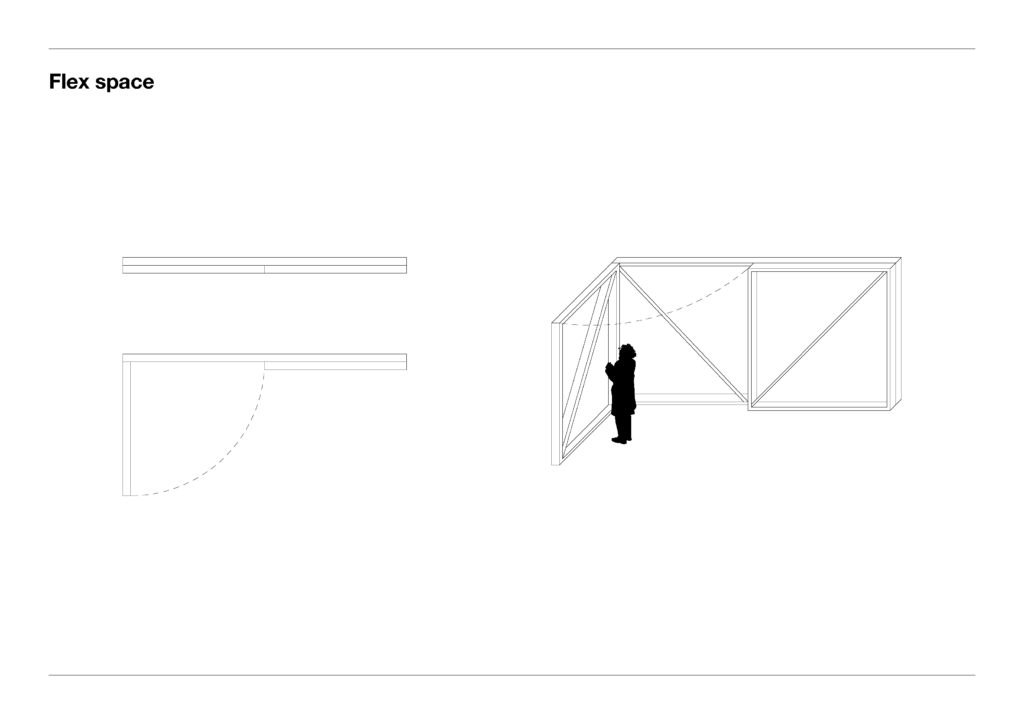 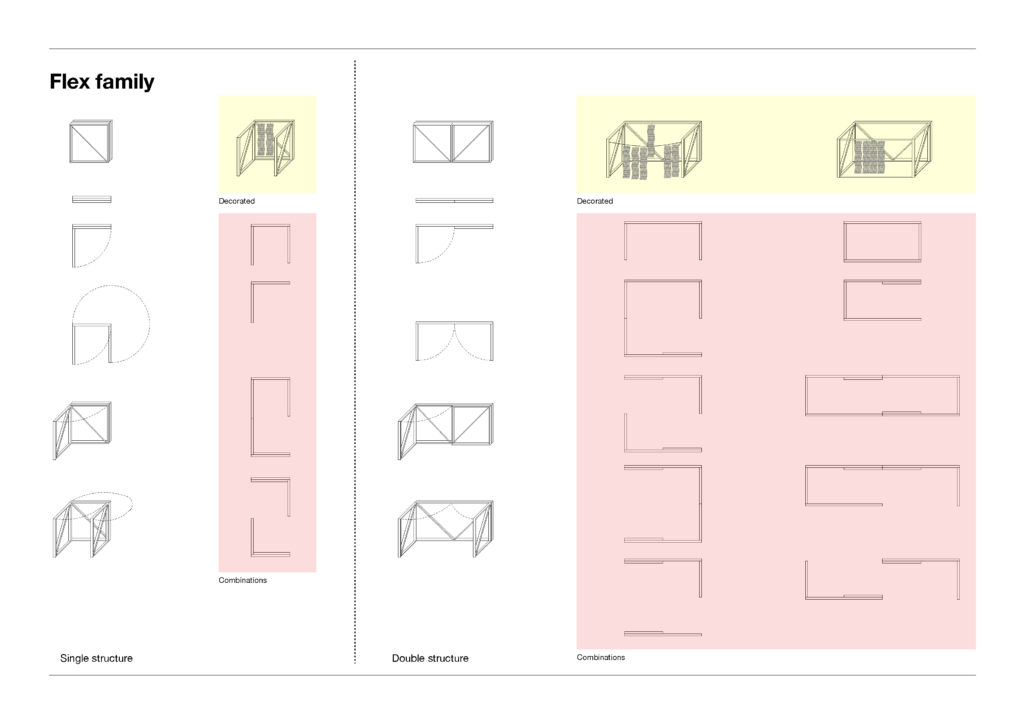 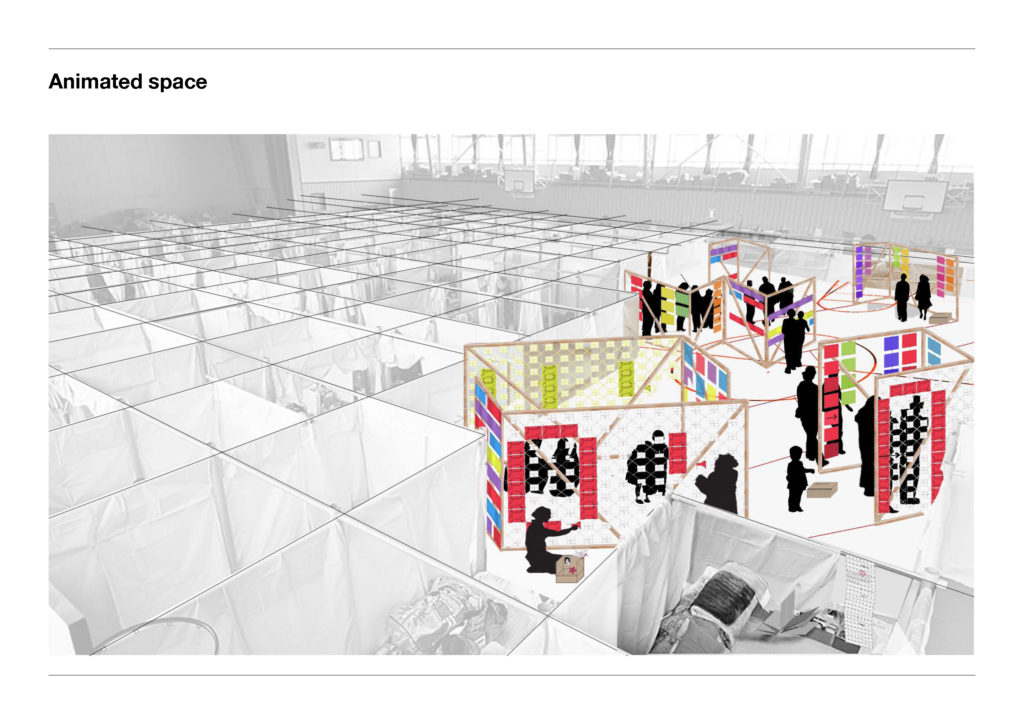 Update: we just received a nice note from the organizers. 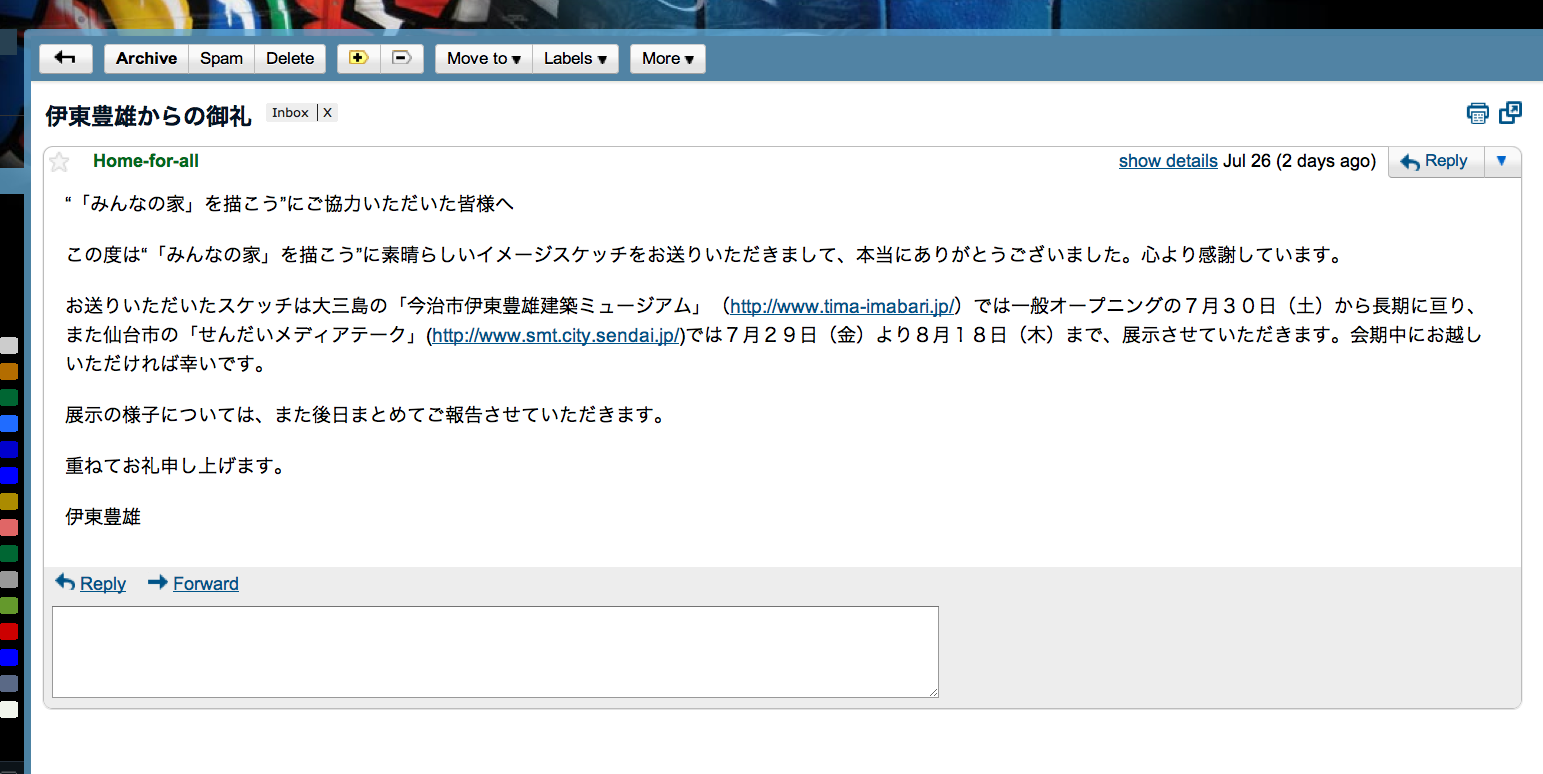