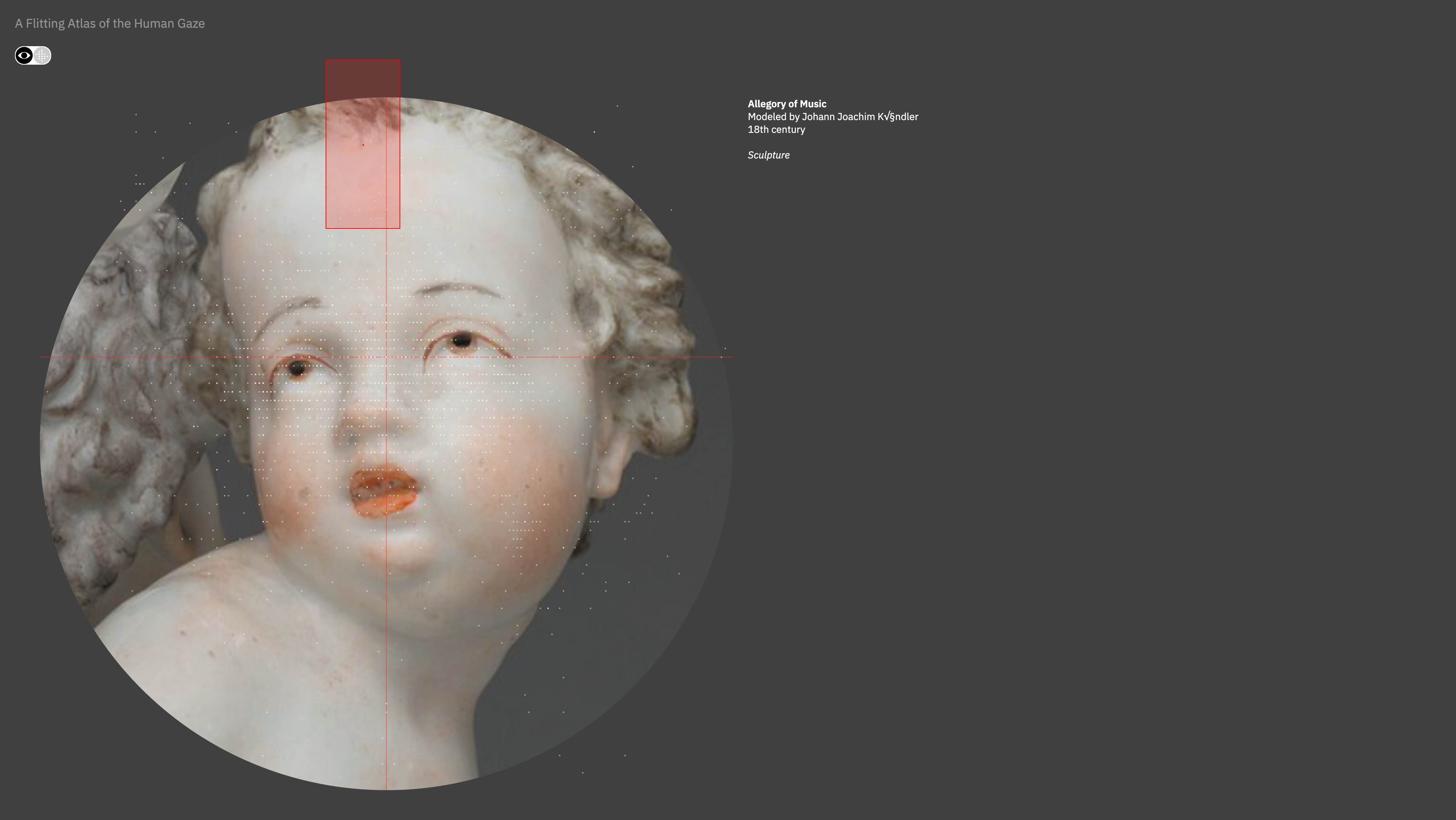 First conceived in 2018, largely carried out during 2019, repeatedly delayed and reimagined due to the covid-19 pandemic, metaLAB (at) Harvard’s exhibition Curatorial A(i)gents is closing this weekend after a 2.5 month run at the Harvard Art Museum. The exhibition was composed of eleven separate experiments:

Not all of the above were part of the original design. But all shared a common experimentalist ethos and a commitment to explore the use of AI-based techniques to augment, analyze, animate, or estrange cultural collections. Most concentrated their attention on the collections of the Harvard Art Museums because of the availability of a well-implemented comprehensive collections database with an open API. Rather than pursuing the ineffectual path of asking AI’s to somehow tell us something about centuries of visual culture, the project was built on a collaborative foundation, aligned with some of the core values of what is sometimes referred to as HCAI (Human Centered Artificial Intelligence). Whether the collaborations in question are built around critical frictions between human and machine intelligence, creative interplay, or engagements that build on human expertise but at new scales or in novel directions, matters less than the principle of human-machine collaboration: collaboration that seeks out those domains where new experiences can be forged, new forms of knowledge can be experienced, and the powers and limits of emergent technologies can be brought into view.

Curatorial A(i)gents was never intended as an endpoint. Rather, from the start, it was meant as the first iteration of an experiment to be continued, refined, perhaps even expanded at some future juncture. As such, one might characterize it as a sort of reagent: an agent that induces responses and reactions in the form of new colors, scales, experiences, and art historical storylines.

The project’s playful, process-based focus is well embodied by the print catalogue, available for purchase through Printed Matter and designed by Chelsea Qiu, which assumes the form a sort of paper database, its folds allowing for multiple reshufflings of the project narratives and conceptual framings that it proposes. The catalogue itself was first printed for and presented at Ars Electronica in Linz, Austria in 2020.