It is often the most modest media that prove successful, adaptable, and robust over the long term. Such is the case of the podcast, a mode of communication born in the early 2000s, derived from radio, whose monthly US audience has now grown to around 90 million and whose global audience reaches well into the hundreds of millions. Even more striking are the numbers behind the numbers: a content production pipeline, for instance, that counts something like half a million active podcasts in North America alone with a total output estimated to be close to twenty million episodes. Driving the mass audience programming are some major players in the larger media ecosystem: the New York Times, National Public Radio, and NBC, among them. But the majority of podcasts are single-person operations built around a special interest group of some kind. 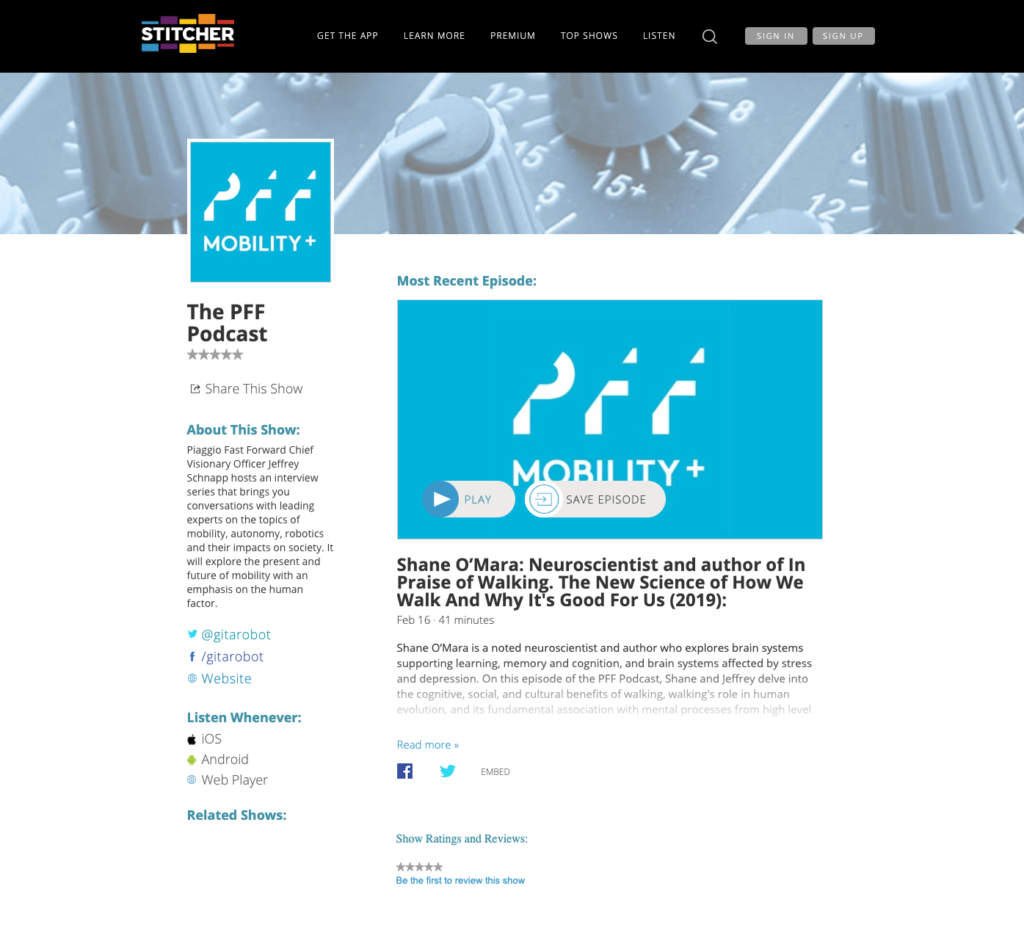 The PFF Podcast seeks to land somewhere in the middle of the large-to-niche-audience spectrum. Launched this past week on Stitcher (and available also on iTunes, Spotify, iHeartRadio, and Google Play Music), its aim is not to promote Piaggio Fast Forward products, but rather to explore emerging domains of research, practice, and experimentation that are germane to the present and future of human mobility. Guests will include top researchers and practitioners in such fields as design, architecture, artificial intelligence, urban planning, robotics, city government, and engineering. Topics will range from robotics and tech to the design of towns and cities, always with an emphasis on the human factor. The questions the podcast all fall under the rubric of Mobility+. Just how “smart” are technology-centric Smart City solutions? How does walking affect the body and brain as compared with cycling, riding, or driving? What are the cultural, social, economic, and environmental costs and benefits of light mobility solutions as opposed to conventional heavy mobility solutions like automobiles and trucks? What is a meaningful human-robot, human-vehicle, or human-machine interaction? What are the distinctive mobility challenges confronted by such communities as active seniors and the disabled, and what role might technology play in addressing such challenges? How might designing for walkability and cyclability rather than self-driving vehicles alter the shape and character of tomorrow’s neighborhoods, towns, and cities? And how might we reshape the built environment to foster a deeper sense of community and connection to the places we live, play, and work?

The first episode of the show is dedicated to a conversation with the distinguished Irish neuroscientist Shane O’Mara on the cognitive, social, and cultural dimensions of walking, walking’s role in human evolution, and its fundamental association with mental processes from high level thinking to creativity. Professor of Experimental Brain Research at Trinity College Dublin and a Wellcome Trust Senior Investigator, O’Mara is an expert on the brain systems supporting learning, memory, and cognition, as well on the effects of stress and depression on mental activity. He is the author of the recent book In Praise of Walking. The New Science of How We Walk And Why It’s Good For Us and it’s the argument of this book that lies at the center of this inaugural episode of The PFF Podcast. 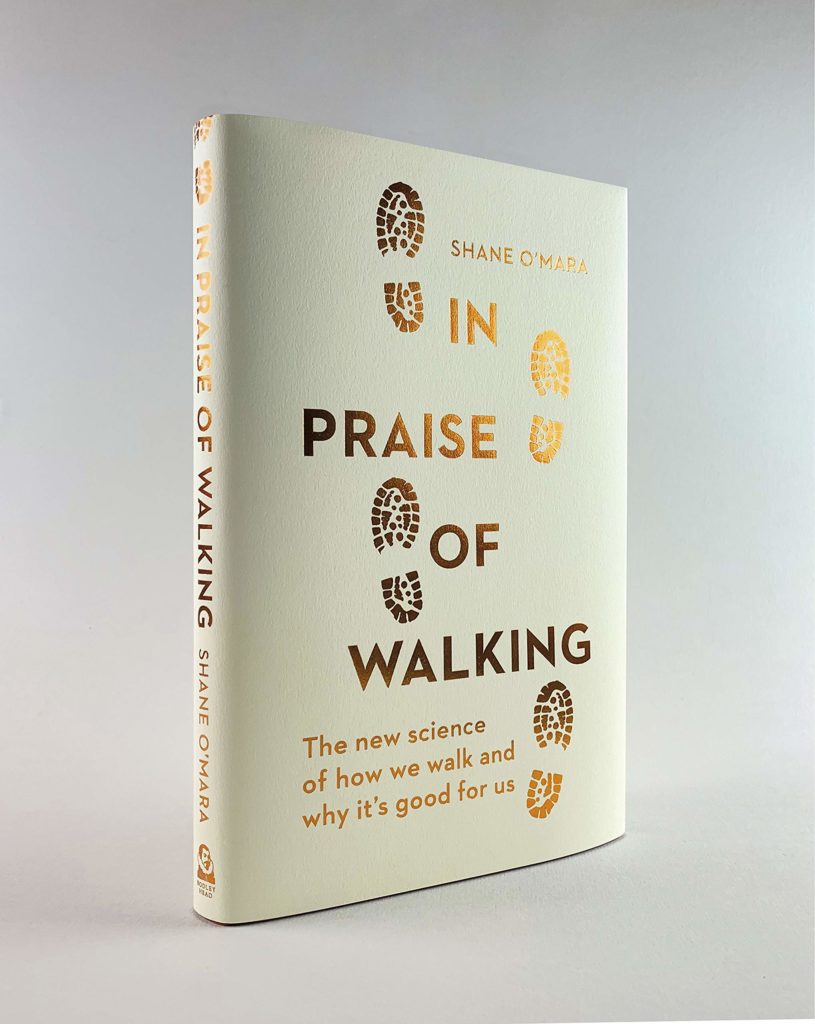