Long before curatorial practice became integral to my work, I devoured exhibition catalogs. As a scholar/curator, however, I have tended to chafe at some of the limitations of the standard notions of the catalog.

Here’s a post on an experimental alternative to those conventional notions: the catalog for the Universo futurista / Futurist Universe exhibition (April 21, 2018 – May 19, 2019) at the Fondazione Sonia e Massimo Cirulli in Bologna–a catalog in the form of an (infinitely?) expansible universe of constantly reshuffled pamphlets and posters, bound together in a vacuum-packed wrapper (just like the ones you use to make your sous-vide ribeye).

Collections are forever “in process,” so here’s a catalog that is forever in process. 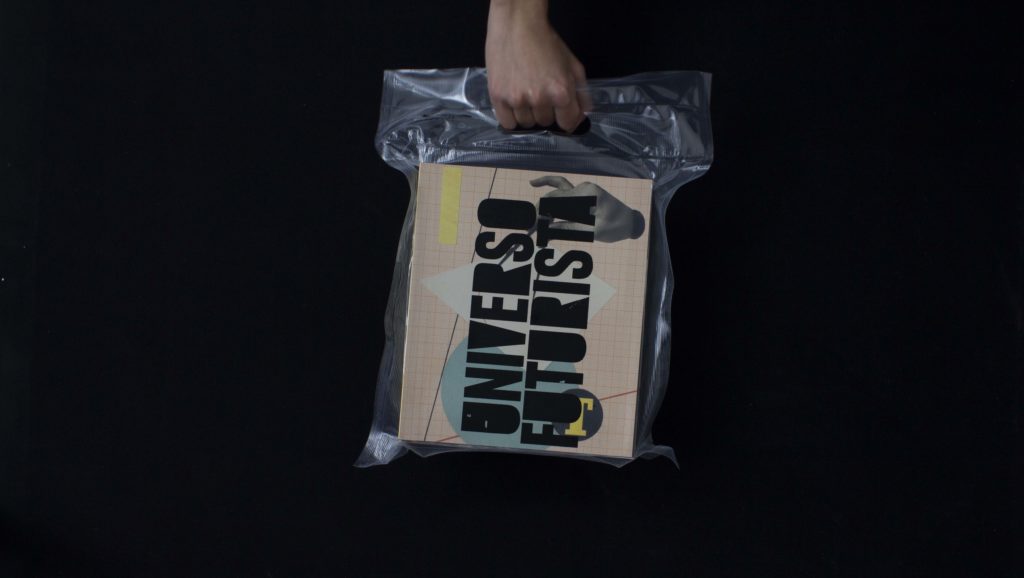 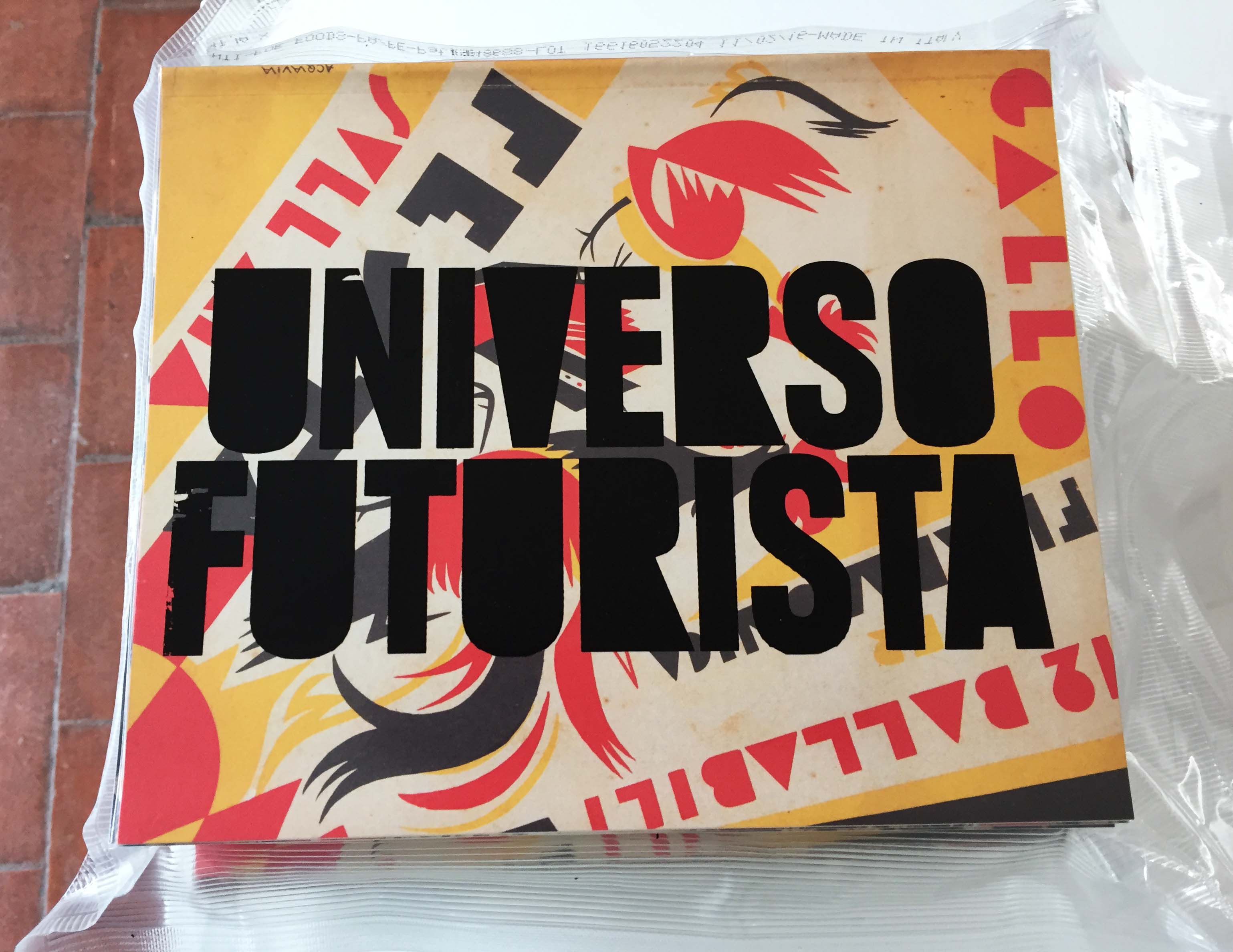 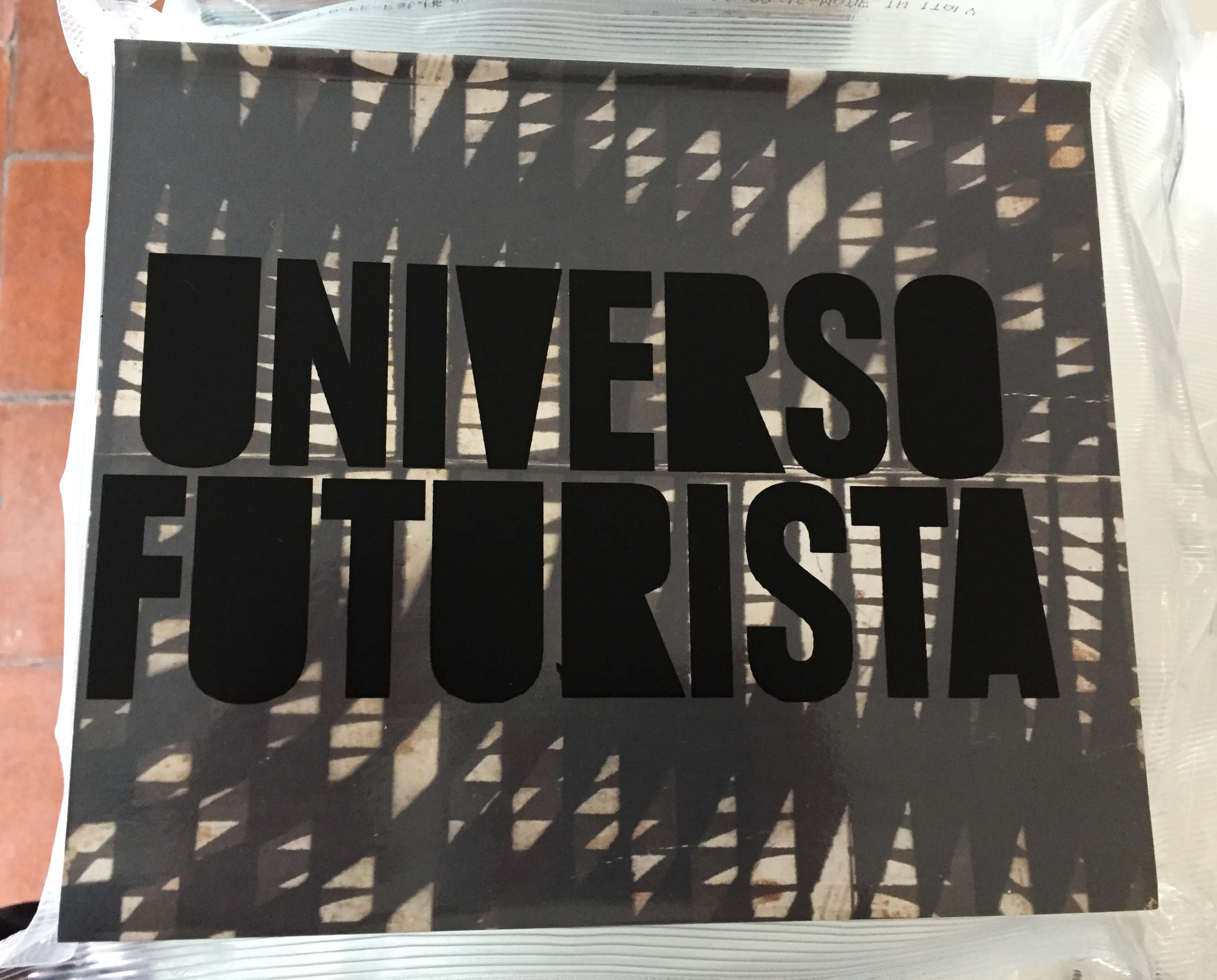 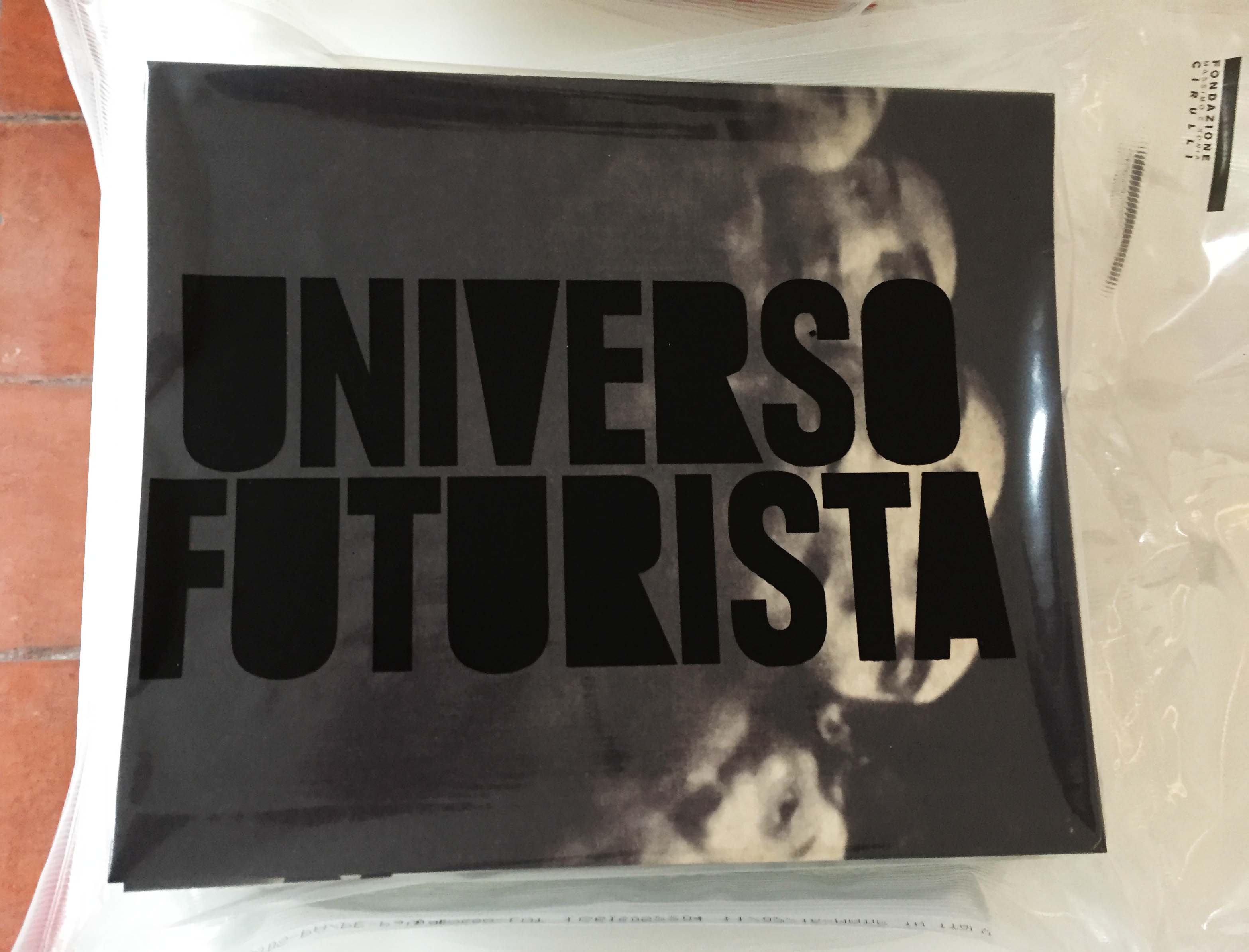 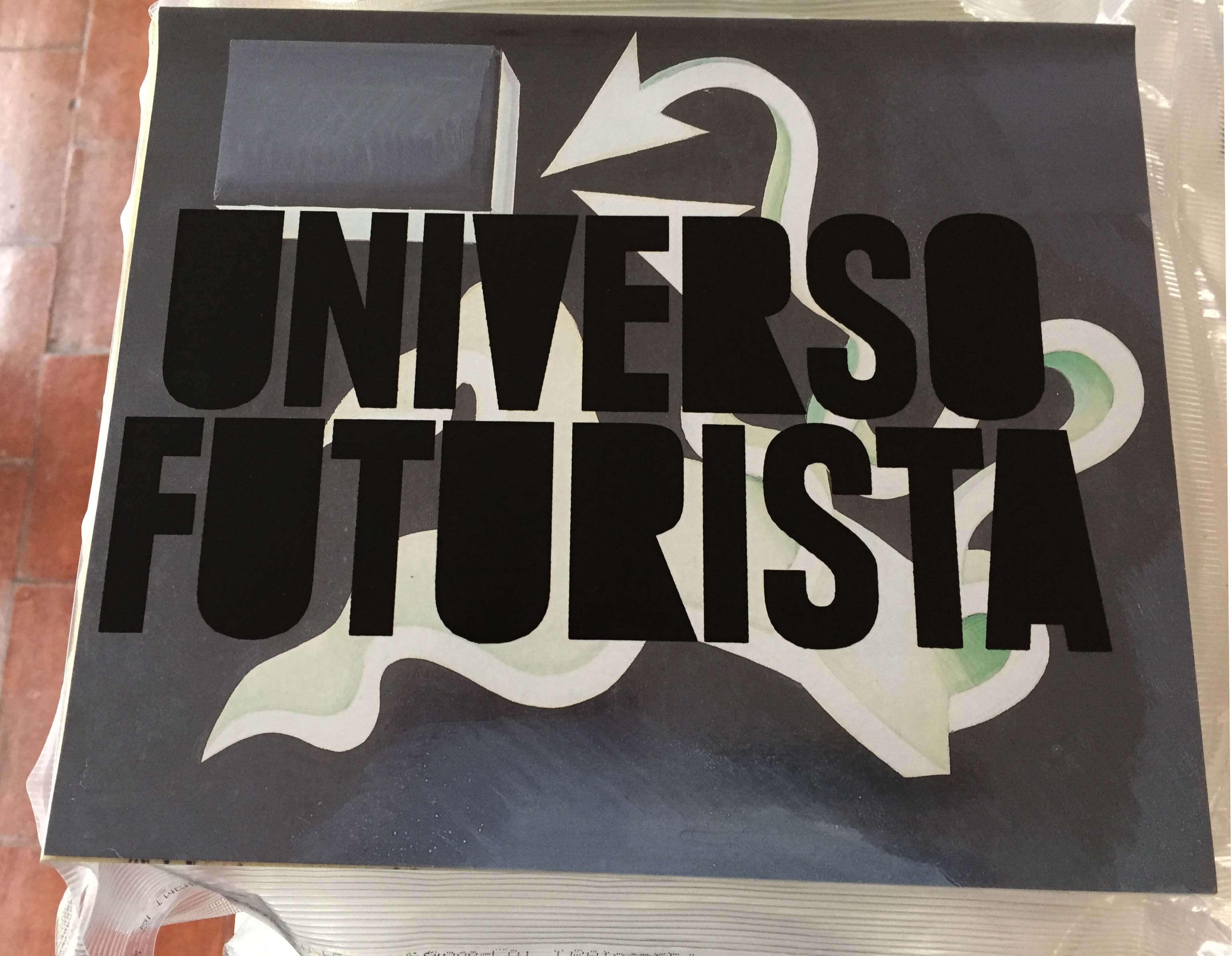 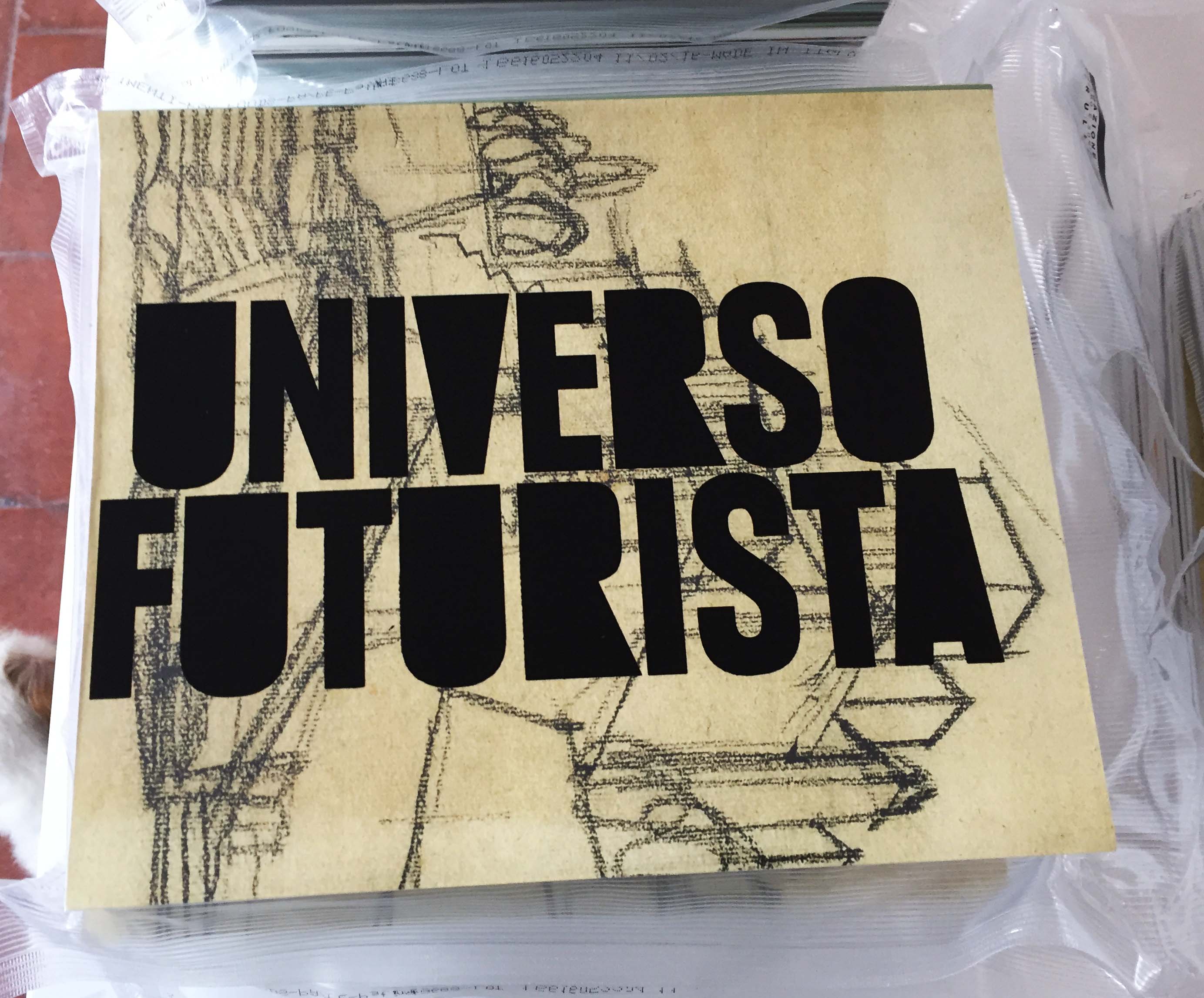 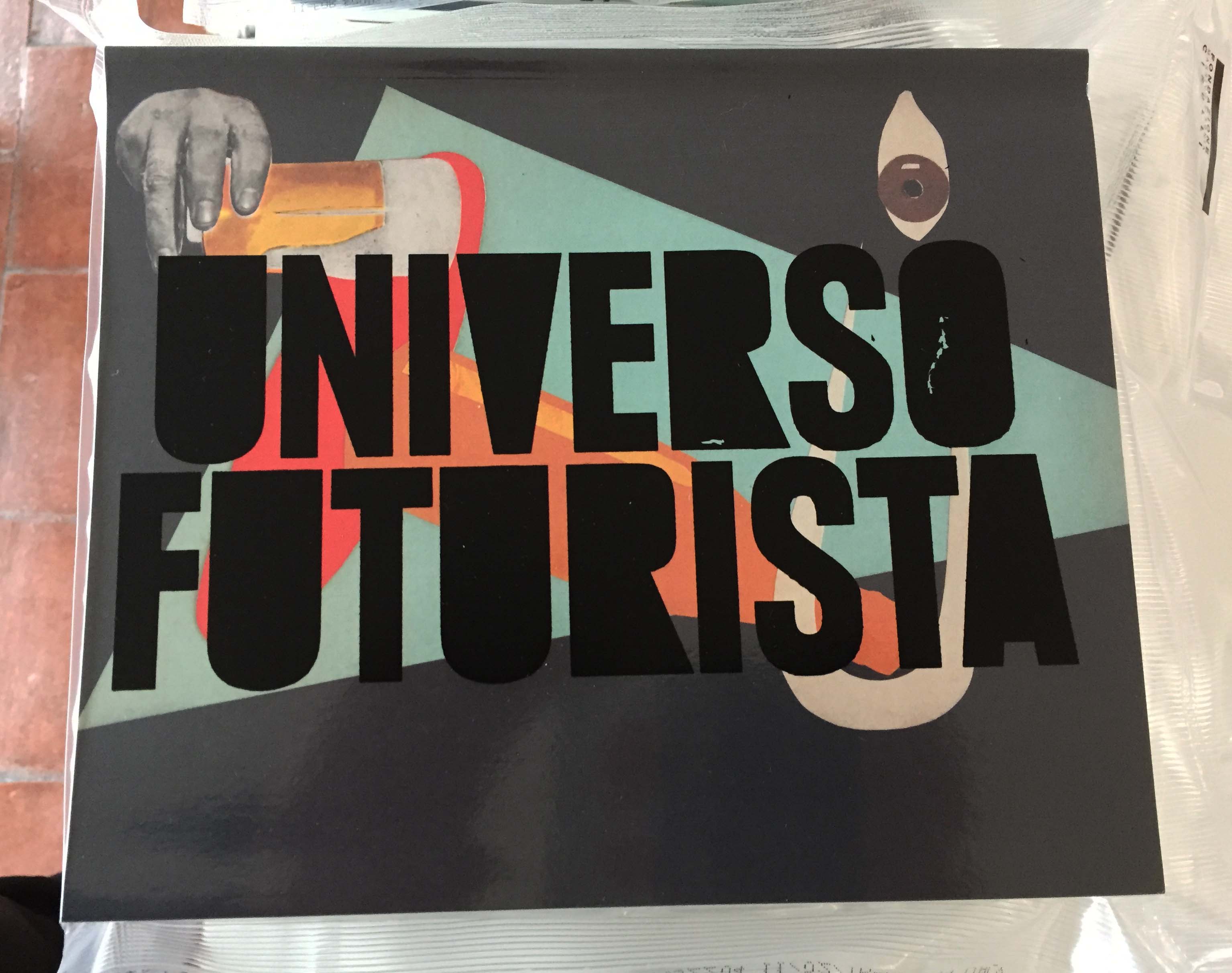 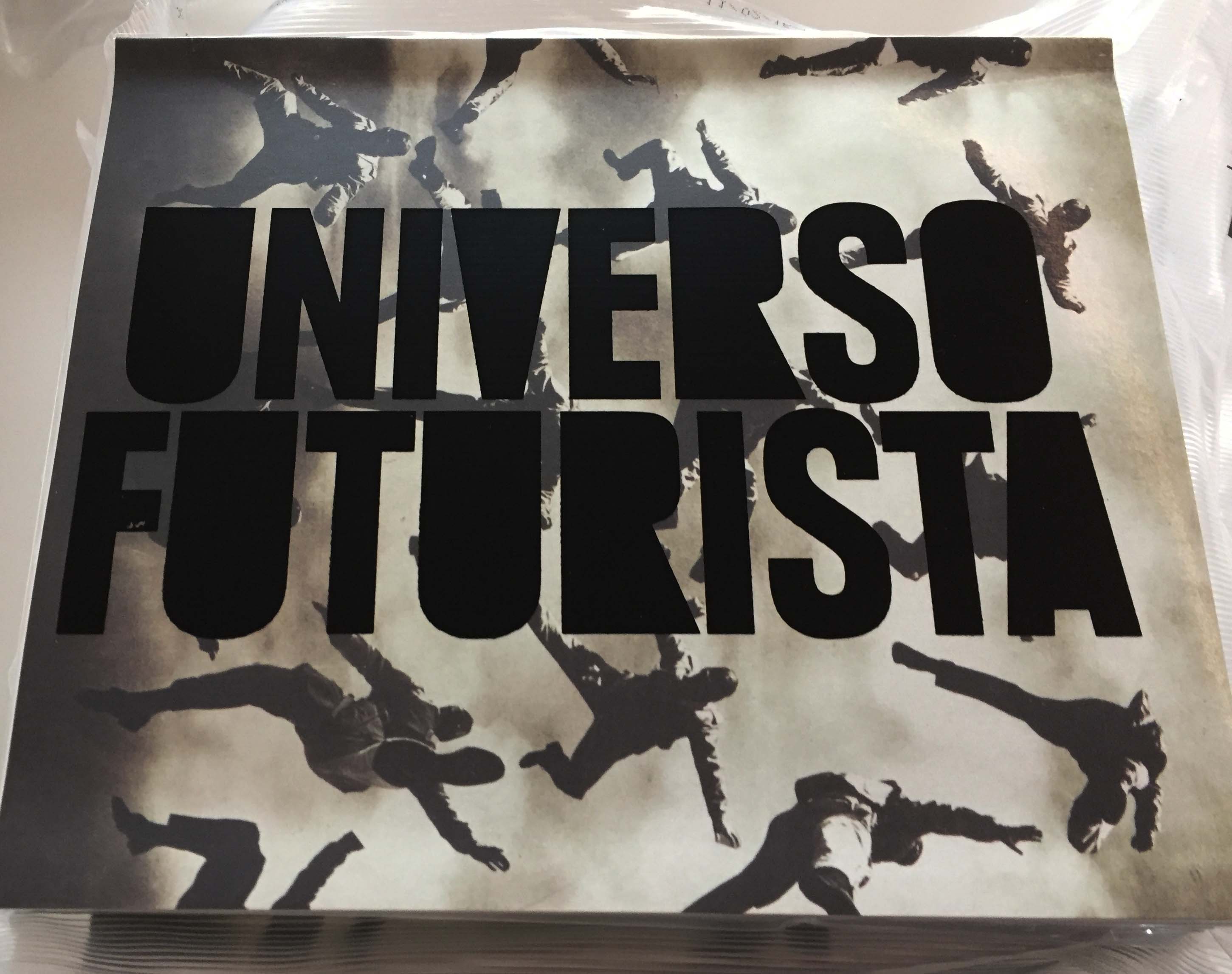 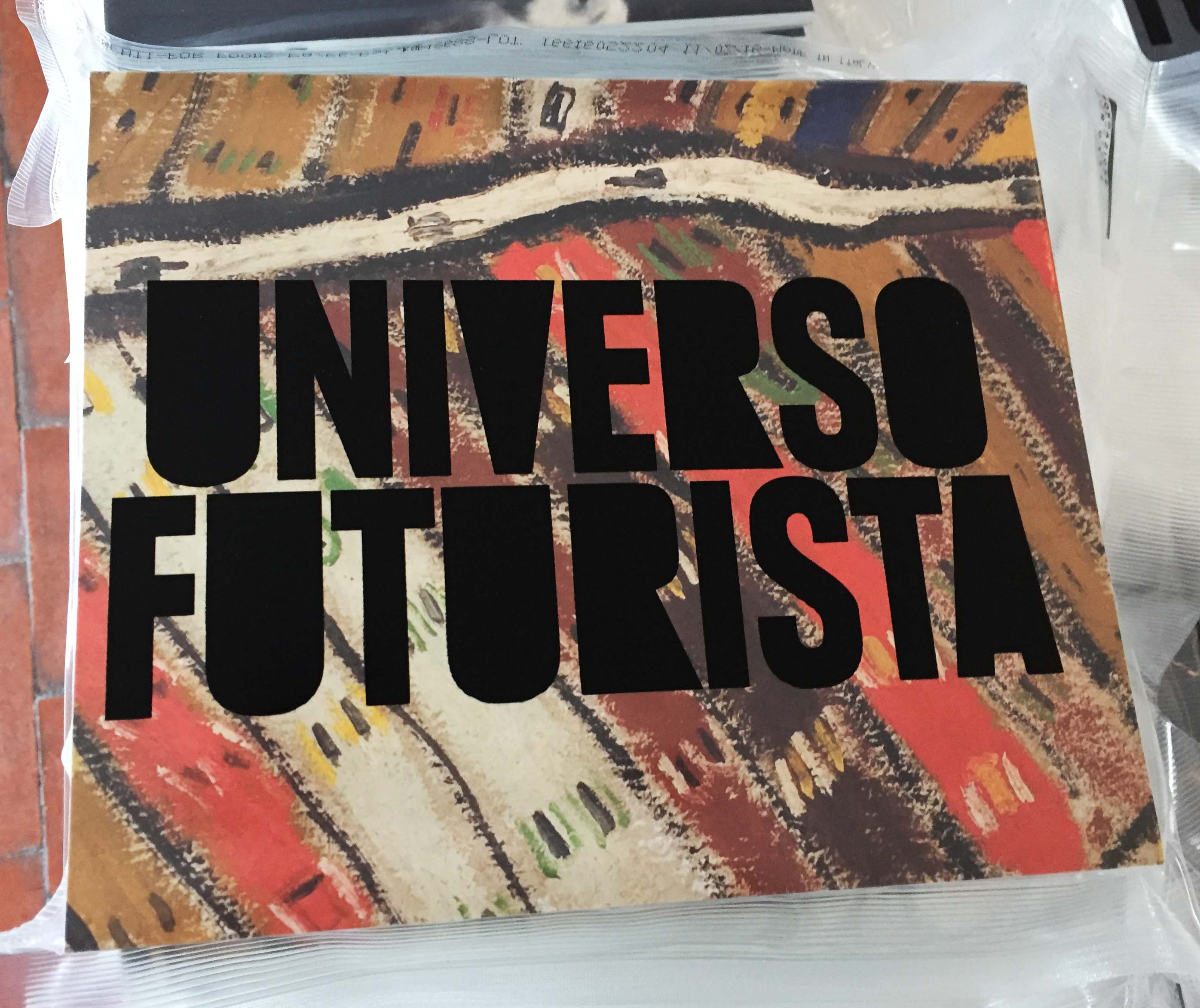 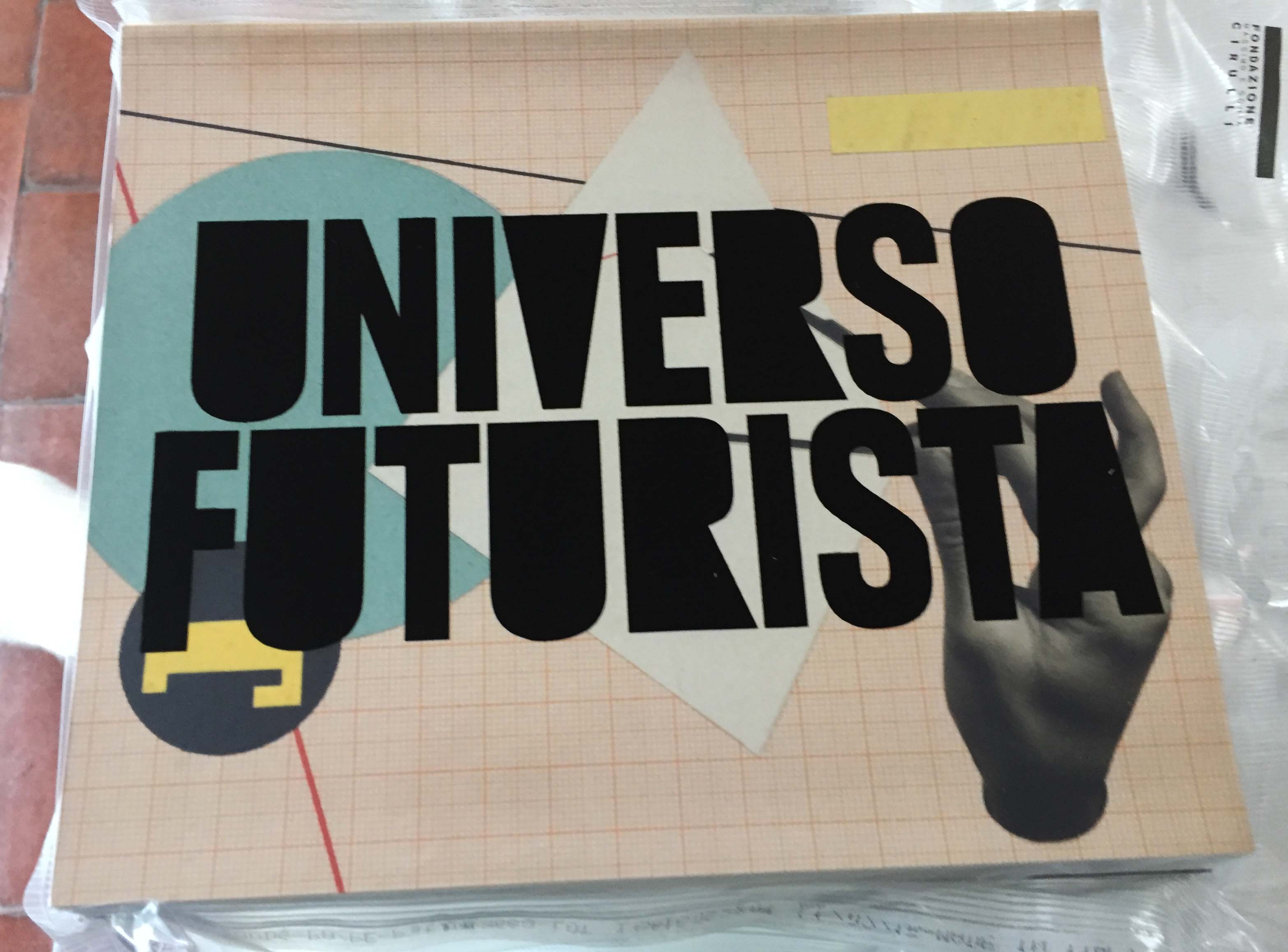 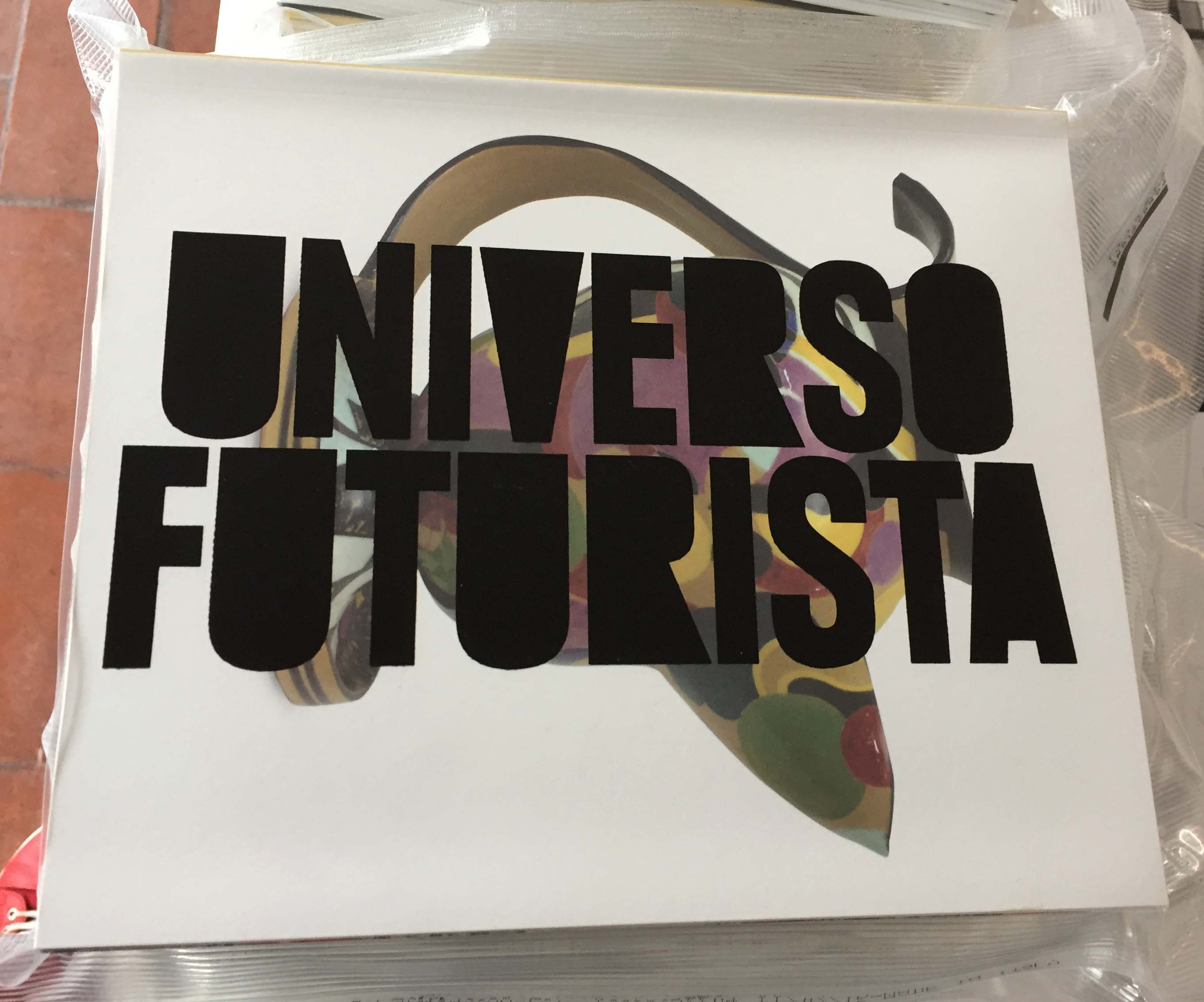 Don’t get me wrong: catalogs perform a fundamental function. Shows come and go; catalogs stay. However meticulously crafted, however long they last, and however much they succeed in lingering in the memory of visitors, exhibitions are an ephemeral form of cultural argument. Travel from venue to venue may grant them a second, third, and even fourth existence. But their life cycle is short and, the day they are gone, they evanesce for good. Works return to storage or lenders, installations invade dumpsters. Installation photographs alone persist.

Catalogs partake of the extended life cycle of books. That means endurance over decades and even centuries, rather than years. Yet catalogs have typically been conceived less as medium-specific artifacts or living documents in their own right, than as marketing devices: on-site gallery supports and off-site extensions of a show. Hence the mad rush to make them coincide with exhibition openings, perversely excluding, in the process, any inclusion of the exhibition qua event or documentation of the event as a spatial argument. To renounce this temporal coupling between exhibition opening and the catalog’s vernissage is to transgress an iron-clad law of modern museology (and gift store economics).

Daniele Ledda (of xycomm in Milan) and I opted for a different approach in the case of Universo futurista / Futurist Universe. Our idea was to develop a catalog that both supported an exhibition and could be produced serially, supplemented and expanded during the run of a show. Since, at core, every codex is an assembly of signatures bound together into a single unit, we chose to unbind the signatures, publish them as individual pamphlets, reshuffle them so as to ensure that the catalog itself would be at once predictable and unpredictable, a mass produced object and an artisanal one-off, and then “bind” them together by means of printed vacuum bags. 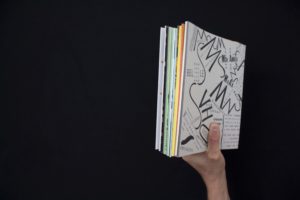 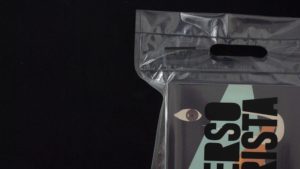 A core set of assets were present at the start: curatorial essays, section essays for each of the major units of the show by various collaborators, some micronarratives. Others we added as the show rolled on: an entire folding poster on a room that was invented and designed in improvisatory fashion, during the very process of installation–the Balla Room. 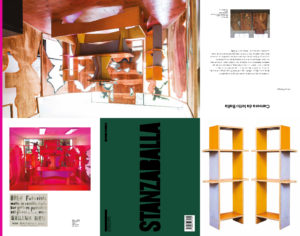 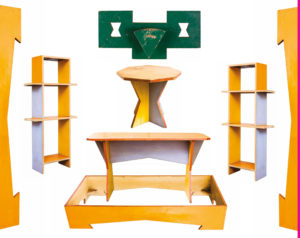 Other assets–on the Spazio Dino Gavina designed by Achille e Pier Giacomo Castiglioni and various outreach activities–remain in preparation. The catalog is recast in the role of an active support, a catalyst of and generator of interactions, an event in itself that lives the same life of the exhibition even as it carries on its legacy.