On the occasion of the inauguration on October 24, 2015 of the Walker’s exhibition Hippie Modernism: The Struggle for Utopia which examines the intersections of art, architecture, and design with the counterculture of the 1960s and early 1970s, my collaborator Adam Michaels and I are direct publishing a pamphlet entitled TWO INTERVIEWS WITH QUENTIN FIORE + QUENTIN FIORE ON THE FUTURE OF THE BOOK.

The pamphlet in question was first released as a limited-edition supplement to our 2012 book The Electric Information Age Book and presented at the New York Art Book Fair at MoMA PS 1. You are now free todownload it HERE.

The pamphlet consists of two unpublished interviews with the graphic artist Quentin Fiore (co-author of Marshall McLuhan’s The Medium is the Massage) plus a reprint of the original 1968 edition of “The Future of the Book.” The first interview was conducted in 1988 by the prolific design writer Steven Heller, when he was assembling materials that would eventually find their way into works such as the influential Design Literacy: Understanding Graphic Design (1997). The second interview was carried out in 1992 by J. Abbot Miller, the graphic designer and writer who, along with Ellen Lupton, founded the multidisciplinary studio Design/Writing/Research and went on to become a senior partner at Pentagram’s New York office in 1999. In both cases, I have heavily edited the interview transcripts.

Together with Fiore’s essay, these two interviews paint as complete a portrait of Fiore as can be found outside his labors as a designer. Both center on the books of the late 1960s and early 1970s, but situate them within the broader setting of Fiore’s era and career. 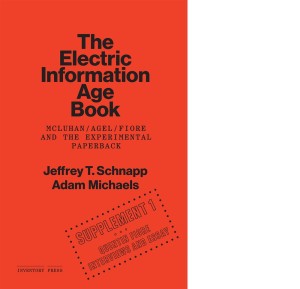 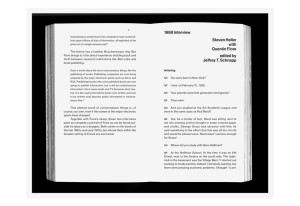 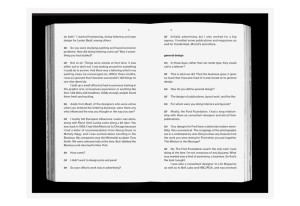 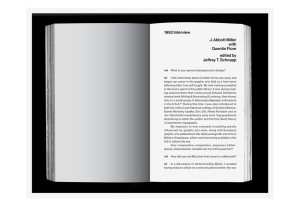 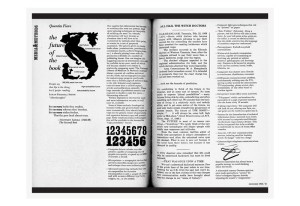