It’s University Press Week and my colleague at Harvard University Press, Greg Kornbluh, was kind enough to ask me to write something up for the occasion regarding the role of academic presses and the future of scholarly books. The post begins by addressing the question of “what is a scholarly book?” with respect to what scholarly books have been over the course of the past century. It then transitions to another set of questions–questions of look, feel, and genre that are pointed toward the future:

The scholarly book was overdue for an overhaul and in my own work along the edges of what is now referred to as the Digital Humanities (but that I usually think of in terms of “knowledge design”), experimentation with new models and modes of bookishness has been a key concern. What could or should books become in the digital age? What medium-specific functions do we now want them to perform or relinquish? What’s the look of new or emerging knowledge forms when they find their way into print?

Over the course of recent years, I’ve seen some signs of effervescence developing here and there around such questions: not just the usual arguments about open vs. closed access, traditional vs. multichannel publishing models, but the beginnings of an actual design conversation –with the word “design” being understood in the broadest sense of the word–that is propositional: i.e. that translates into new or expanded practices.

Among the lively recent experiments, I’d include John Palfrey’s Intellectual Property Strategy (MIT Press, 2011) with its companion set of video interviews and iPad app; and Kate Hayles’s How We Think (U. of Chicago Press, 2012) with its web-hosted resource archive (including a telephone interview with yours truly). I have also been following with keen interest Christopher Schaberg and Ian Bogost’s new online/offline//short form/long form essay and book series Object Lessons (Bloomsbury), as well as a number of curatorially anchored and salon initiatives emanating from the museum world (like Paola Antonelli’s recent Design and Violence project at MOMA).

Are all of these “scholarly books” strictu sensu? No, they aren’t. But this is precisely the point: the time has come to expand the compass of the (scholarly) publishing conversation and to start iterating new models. 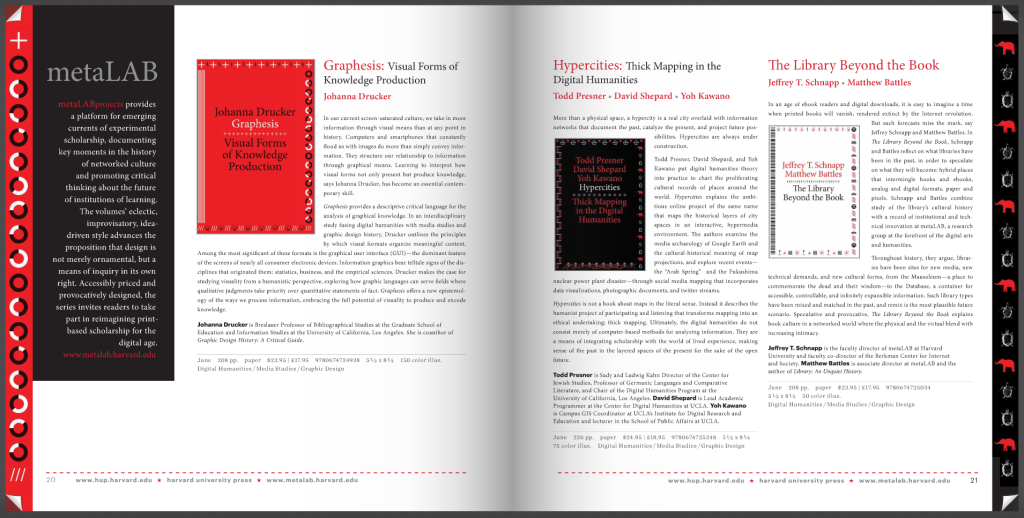 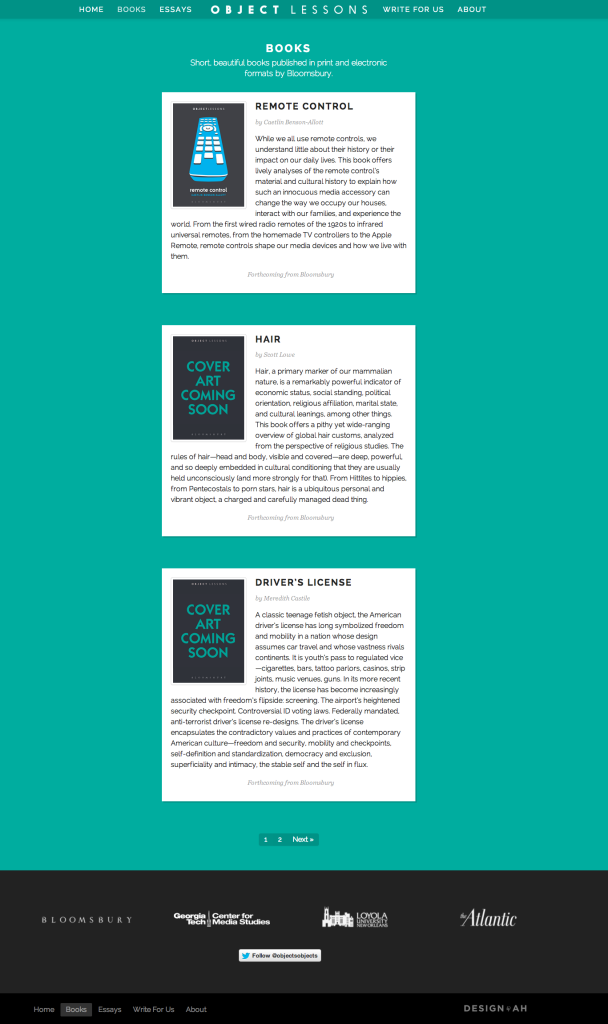