My colleague Matthew Battles and I recently completed the lead book in the new metaLABprojects series that will be launched by Harvard University Press in the spring of 2014. Under the title of The Library Beyond the Book, it reflects on what libraries have been in the past from a broad cultural anthropological and architectonic standpoint in order to speculate on what they will become in the future: hybrid places that intermingle books and ebooks, analog and digital formats, paper and pixels.

Throughout history, Matthew and I argue, libraries have been sites for new media, new technical demands, and new cultural forms, that have encompassed an array of typologies that build into future scenarios for the library after the book. These scenarios include:

Such library types have been mixed and matched in the past, and we argue that remix remains the most plausible future scenario.

Here are some sample layouts from the volume (yet to be finalized), developed by the series art director, Daniele Ledda, and his team at XY communications. 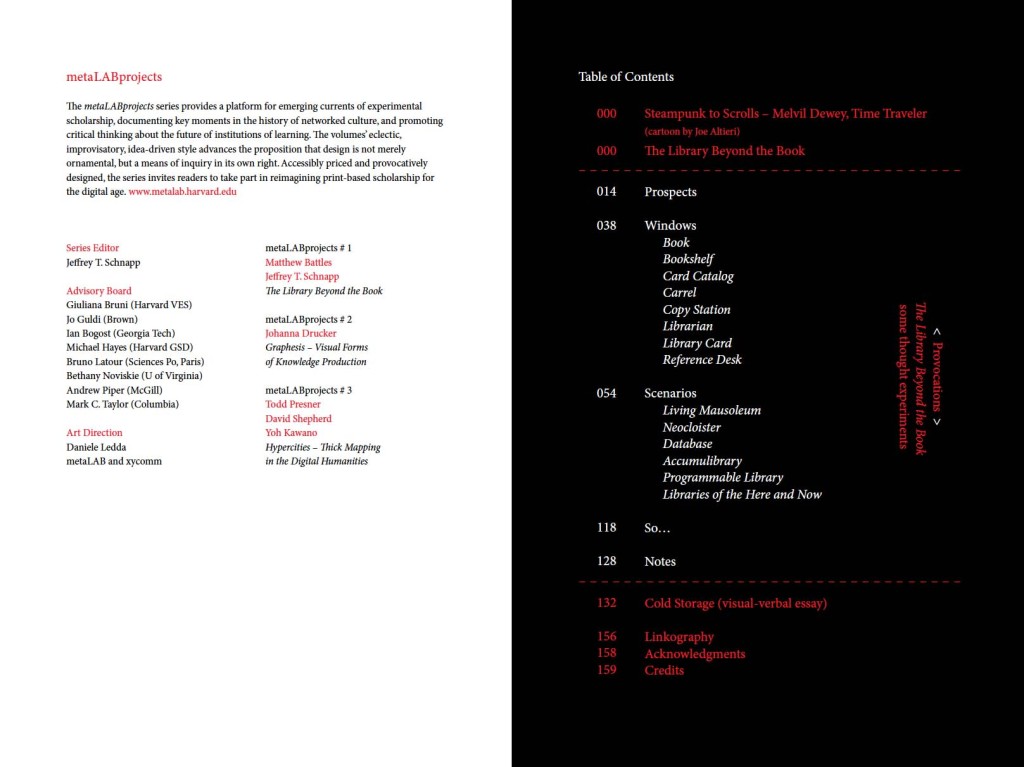 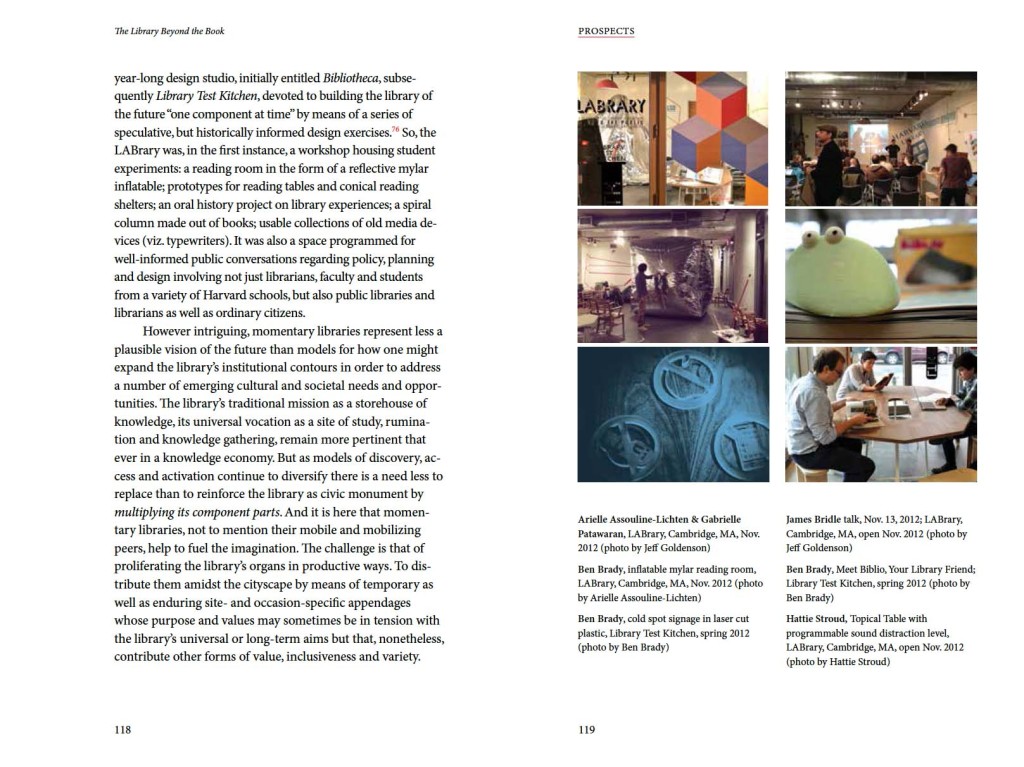 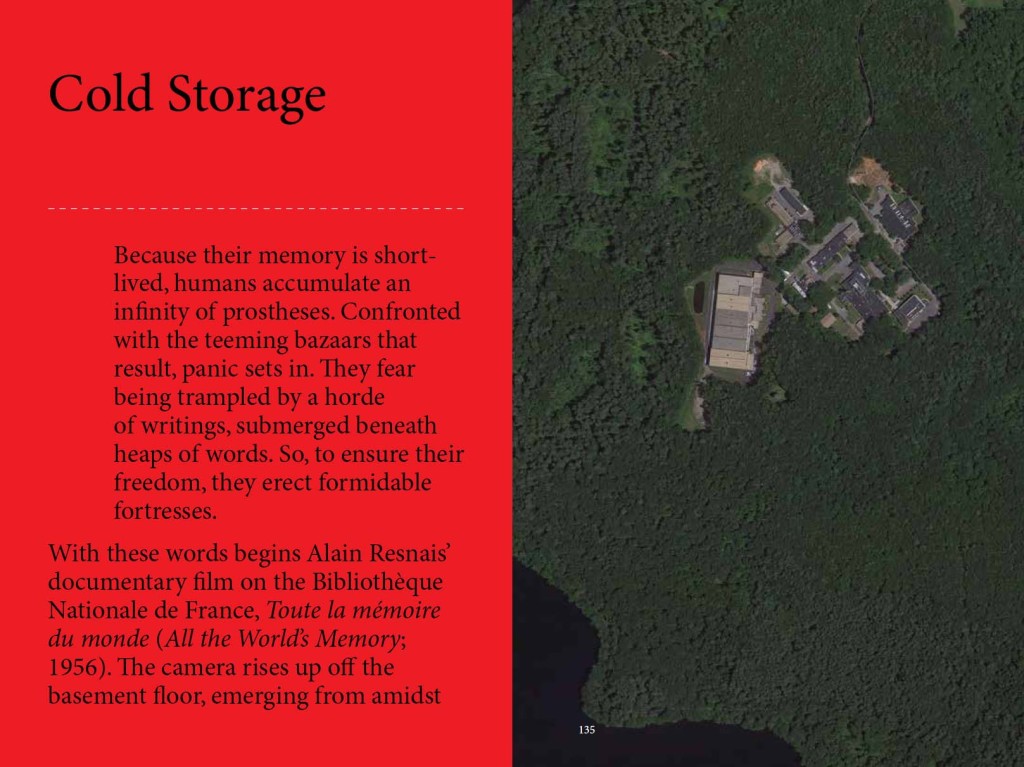