Joana Pimenta, Jesse Shapins, and myself) for the Berkman Center’s Hyper-Public: A Symposium on Designing Privacy and Public Space in the Connected World symposium. It used an algorithm that browsed conference participants’ Twitter archives for their most personal tweets. Anyone making use of the #hyperpublic hashtag was automatically added to this community of producers of public secrets.

The tweets thereby retrieved were then projected onto a screen at the conference entry/exit, as well as transformed into physical objects in the form of thermally printed “receipts” consisting in the republished tweet accompanied by a QR code that would take the recipient back to the original digital record. Conference participants were invited to read, collect and circulate these fragments of an elusive narrative.

Though this was hardly the

group’s original intent, its success has led to some collective brainstorming on potential uses for networked thermal receipt printers. Such printers are, of course, ubiquitous: so much so that they mostly pass unobserved. Exceptionally reliable, robust and inexpensive, they have been largely superseded by more advanced output devices. Yet they offer interesting opportunities for physicalizing the informational flows that shape and saturate our cultural and social environment.

Expect large-scale thermal printer projects in the near future. 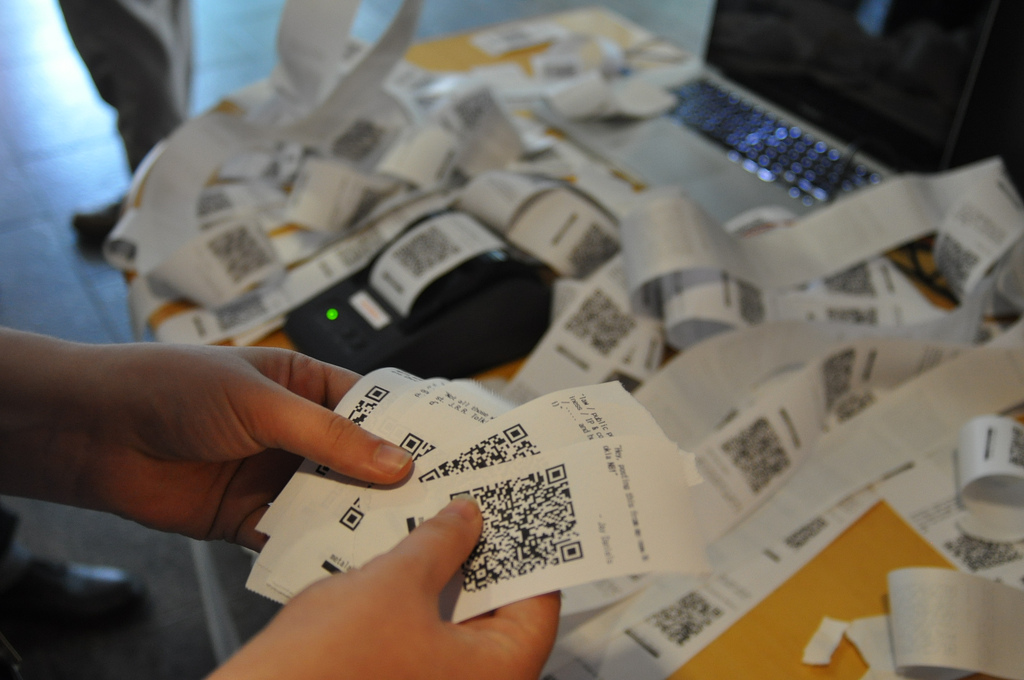 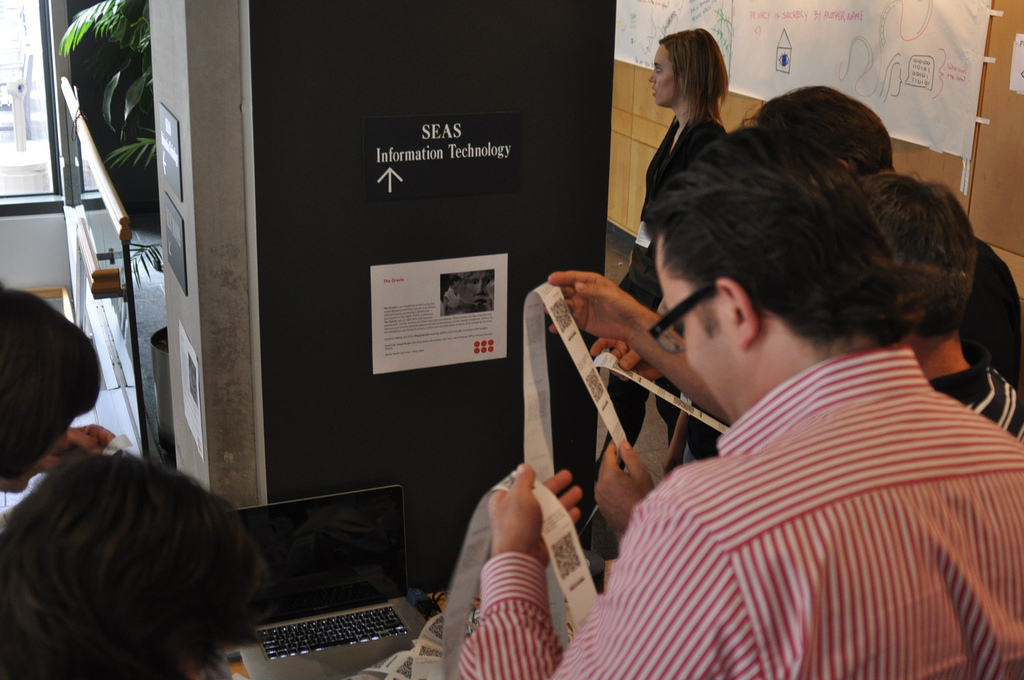